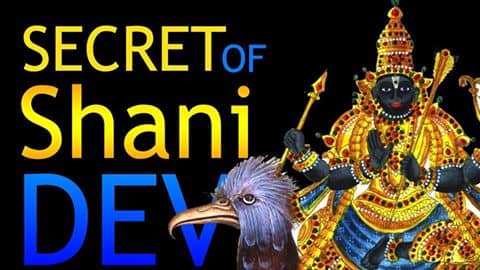 Saturn transit in Zodiac of Jupiter – Lessons of Life and time – Transit of Saturn in Guru Zodiac for 2.5 hours.
After King Vikram Aditya Learned lesson of his life from the Wrath of the greatest planet Saturn, he received boon too.

Later King said to shani Dev , ‘I only wish that you will have mercy and not give any more trouble to the mankind. I have suffered a lot but rest of the people cannot bear suffering the way I suffered.

That’s the only thing I am asking as a boon from you, Shanidev!

Shanidev said, ’I may have troubled you a lot, but you should see how much more trouble I caused to Gurudev. As compared to Gurudev’s trouble, your trouble will look insignificant.

Listen also to the stories about how I troubled gods and the demons.’One morning, I bowed down to Gurudev. Then I requested to him with my folded hands, ’Please accept me in your zodiac sign for next seven and half years.’ So, Gurudev said, ‘Please do not come into my zodiac sign at all.’ Then I told him, ‘You do not like me, and you want to avoid me.

In fact, no body wants me! So please let me be with you for at least five years, or (perhaps) for at least two and half years’ But Gurudev still refused me.

So, I told him boldly, ‘One should respect Gurudev and not trouble him, since Gurudev protects like a mother! Those who do not respect Gurudev will surely go to abyss (To the bottom).

So, I bowed down to Gurudev and requested him, ‘Ask me anything as I am pleased with you!’ So Gurudev said to me again, ‘I am asking you not to bother me!’ So I was pleased with

him and said, ‘I will be in your zodiac sign for only fifteen hours (seven and half ‘Prahars’) and you cannot refuse me now!’ So finely, Gurudev agreed that Shanidev could be in his

zodiac sign for two and half hours. Gurudev thought and boasted that he would spend this period of two and half hours just by taking bath in the river and then praying the gods ( This prayer is called “Sandhya” by The Marathi poet Tatyaji Mahapati ) so Shanidev would be helpless and there would be no harm to him! Then Shanidev knew what Gurudev was thinking. So Shanidev decided to show his miraculous power.

As it was the right time, for Shani, Guru became eager to take a bath in the river Ganga. Guru was then under the shadow of Shani and Guru’s appearance changed.

So, King Bhrugu sent his servants to search for them beyond the borders of the city. The servants saw Guru in the Brahmin’s dress with the bag containing two cantaloupe fruits.

That time Shanidev turned those fruits into two human heads. The king’s servants saw Guru, the Brahmin and asked him, ‘What do you have in your bag?’ So the Brahmin (Guru) said, ‘I have two fruits that I will eat them later.’ The servants said, ‘But, there is blood dripping from your bag. So, we don’t care whether you are a Brahmin or a low caste person.

Show us immediately what is in your bag.’ As soon as Guru saw that indeed there was blood on his bag, he was scared. The servants snatched the bag from the Brahmin and opened to see that there were two heads belonging to the missing prince and his friend.

So they scolded the Brahmin, ‘You do not have remorse

in killing these two kids mercilessly like a cruel demon. You have committed this heinous act, unworthy for a Brahmin.’

So they shackled the Brahmin and while beating him brought in front of King Bhrugu. When King Bhrugu heard the news about his son, he fainted and said, ‘Oh God! I lost my only son.

This Brahmin who killed my son is like a death messenger. So he must be punished by the death penalty and must be executed by hanging him on the sharp pointed iron pillar out side the city limits immediately.’

There was lot of commotion when the news about the prince’s death spread in the palace of King Bhrugu; it is difficult to write the details of the commotion for the fear of expanding this story. Any way, the prince’s wife decided to leap into fire out of grief as per the custom of those days. And she was prepared to do this self-immolation (sati, an act of self-sacrifice to burn in the pyre).

The servants felt compassion when they heard the Brahmin’s plea and decided to wait for couple of hours. By this time the limit of two and half hours set by Shanidev was over. The prince and his companion came riding the horse where the execution was about to take place. They knew what might have happened so they ordered the servants not to execute the Brahmin and bring him back to the king.

The Brahmin blessed the king and then he explained him everything (about the events). The king felt sorry and said, ‘I would have committed a great crime by giving your execution

order without knowing the full details. I would be the greatest sinner due to the ignorance and the ego of my royal power (Rajmad). So please forgive me.’

And he started to cry. ‘ Then he honored Gurudev by giving him and other Brahmins feast with gifts of clothes and ornaments. So Guru said that this happened due to the curse of Shanidev. Then he opened his bag and indeed there were two cantaloupes.

Then Shanidev came near Gurudev and asked him how it went so far. So Guru replied,’ In just two and half hours, you have ruined me. I cannot imagine what would have happened if you had full seven and half years to ruin me! Though I am the highest-ranking planet, you have indeed obliged me. In fact, you are the greatest planet.

However, whatever happened, happened for good! So please do not trouble any body any more.’

So Shani said, ‘One should not brag and blow his own horns. I will trouble the person who brags about himself. Gurudev, you boasted and so I had to act like this. Please forgive me for my act.’

Moral of the Story is one should not boast his proud and ego even he is very much knowledgeable like guru or very much wealthy or rich like Ambani’s. This pennies and fake Status has no value and no cost in front of time.Time and karma always teaches lesson in the form of Saturn transits on different zodiacs. Its the high time to learn higher lessons of life, wisdom, philosophies and higher knowledge when Saturn will move in Sign of Sagittarius after 26th of January 2017.

Coming Next : Article on Saturn transit on Sagittarius very soon.