Understanding Geo Planetary Study of The Giant Planet – The Jupiter 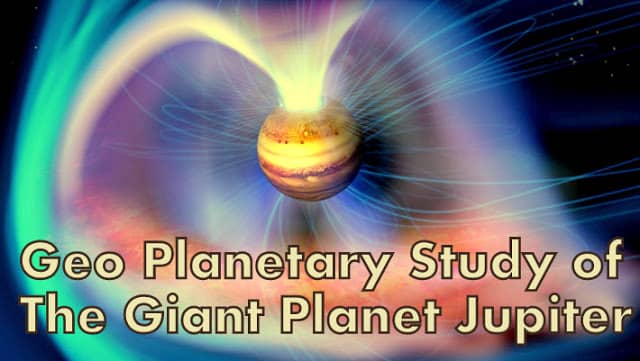 Understanding the little bit of planetary Science in Mundane Astrology – To understand Planets working More in deeply in the mundane world for those who want to understand scientific logic behind Jupiter super strong force in the solar system.

Jupiter is The most massive planet in our solar system, Jupiter size is of 318 Earth masses with four planet-size moons and many smaller satellites, Jupiter forms a kind of miniature solar system. Jupiter resembles a star in composition. In fact, if it had been about eighty times more massive, it would have become a star rather than a planet.

Jupiter supports electrical currents that power magnetic fields greater than that of Earth; around 20,000 times Earth intensity.Jupiter radiates roughly twice the amount of primordial heat as it receives heat from the sun.Saturn radiates roughly 2.5 times the amount. Jupiter having highest amount of Gravity than all other planets.Jupiter’s diameter is 11.2 times larger than Earth. In other words, you could put 11.2 Earths side-by-side to match the diameter of Jupiter.Even though Jupiter is an enormous, massive planet, it’s much smaller than the Sun. The Sun accounts for 99.86% of the mass of the Solar System. You could fit 109 Earths side by side to match the diameter of the Sun, and it would take 1.3 million planets the size of the Earth to fill it up.

And Jupiter’s volume is even bigger. It would take 1321.3 Earths to fill up the volume of Jupiter. In terms of surface area, Jupiter is 121.9 times bigger than the Earth. That’s how many Earths could be flattened out to cover the surface of Jupiter.

Jupiter is primarily composed of hydrogen, with volatiles such as water, ammonia, methane, and other compounds as trace substances. It is differentiated into An outer layer of molecular hydrogen extends from the cloud tops (165 K) to a region experiencing 2 Mbar (i.e two million bars) of pressure and 6500 K which making it hotter than the sun’s surface temp of 5770 K.

A thick layer of metallic hydrogen making up most of its mass. this extends to a depth at which pressure is 37 Mbar and the temperature is 14000 K.A rocky/metallic core of roughly five Earth masses. At its center, Jupiter experiences 50 Mbar pressure and 15,600 K. In contrast, the center of Earth experiences 7273 K and 3.8 Mbar.

Although Jupiter is primarily composed of light substances, these are sufficiently compressed to give it a mean density of 1.33. Compare to 5.51 for Earth, 3.34 for the moon, 1.94 for Ganymede, and 1.00 for Tethys, the least dense icy world.

Jupiter’s appearance is a tapestry of beautiful colors and atmospheric features. Most visible clouds are composed of ammonia. Water exists deep below and can sometimes be seen through clear spots in the clouds. The planet’s “stripes” are dark belts and light zones created by strong east-west winds in Jupiter’s upper atmosphere. Within these belts and zones are storm systems that have raged for years. The Great Red Spot, a giant spinning storm, has been observed for more than 300 years.

The composition of Jupiter’s atmosphere is similar to that of the sun—mostly hydrogen and helium. Deep in the atmosphere, the pressure and temperature increase, compressing the hydrogen gas into a liquid. At depths about a third of the way down, the hydrogen becomes metallic and electrically conducting. In this metallic layer, Jupiter’s powerful magnetic field is generated by electrical currents driven by Jupiter’s fast rotation. At the center, the immense pressure may support a solid core of ice-rock about the size of Earth.

Jupiter’s magnetic field traps belts of charged particles. These are powerful sources of radiation and pose a major threat to robot spacecraft, as they will to any humans who ever visit the Jupiter system. Indeed, the Juno spacecraft is the most heavily armored vehicle to be sent into the Solar System. Note: of the major moons, only Callisto orbits outside these belts.

Jupiter’s enormous magnetic field is nearly 20,000 times as powerful as Earth’s. Trapped within Jupiter’s magnetosphere (the area in which magnetic field lines encircle the planet from pole to pole) are swarms of charged particles. Jupiter’s rings and moons are embedded in an intense radiation belt of electrons and ions trapped in the magnetic field. The Jovian magnetosphere, composed of these particles and fields, balloons 600,000 to 2 million miles (1 million to 3 million kilometers) toward the sun and tapers into a windsock-shaped tail extending more than 600 million miles (1 billion kilometers) behind Jupiter, as far as Saturn’s orbit.

Jupiter’s primarily hydrogen atmosphere is decorated by colorful clouds of trace substances which were predicted by chemical models to contain: Hydrocarbon haze (smog analogous to that of Titan – not proper clouds) Ammonia NH3 – These are what we mostly see. Water H2O and Ammonium hydrogen sulfide NH4HS

Whatever their composition, the clouds enable us to track the motion of atmospheric winds. These reveal that the atmosphere is divided into a counter rotating latitudinal bands, and is marked by cyclonic storms like the Great Red Spot (right). These are typically short-lived, but the Red Spot has been active for at least 400 years.

Jupiter’s magnetic field accelerates ions in the planet’s ionosphere, causing them to emit radio waves. The field is slightly inclined with respect to its rotational axis, so there are daily peaks in radio emission associated with it. Although determining wind speed with respect to a fixed location on the surface is impossible, global rotation can be approximated using regular peaks in radio emissions, revealing the 9.925 hour day. Movement of visible atmospheric features can be clocked and compared to the global rotation rate to determine wind speed. And what is that speed? Tops speeds between 160 m s-1 and 220 m s-1.

The interactions of counter-rotating zones and belts power cyclones like the Great Red Spot. This storm has been active for at least 400 years. Could its end be approaching? A 2014 report notes its significant size reduction over the last century. Smaller storms come and go on the order of years and decades. Galileo also observed lightning associated with short lived thunderstorms.

That’s why we see Jupiter as a Single largest planet in Vedic Astrology and Mundane accounting deep effects in human behavior during its transits. It control’s all planets except Sun.because of the stronger Magnetic field of Jupiter Earth is always feel safe from outer fields. But due to its huge and massive gases structure like the sun, it has a strong reason for activating Drought like conditions in the earth and also acts as Earthquakes triggering agent and creating a massive amount of Impact on Earth Atmosphere via Storms, Rains, and Condensation cycle in Oceans and Rivers in Mundane Astrology.