Root Cause of Suffering in Relationships – Imbalanced Swadhisthana or Sacral Chakra 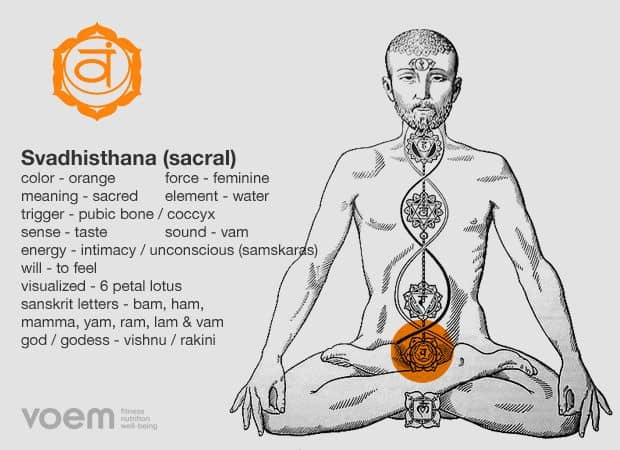 The Main Chakara which is effecting and creating most of issues in Mind and body of young guns or in youth, these days is ” The SWADHISTHANA chakra or the sacral chakra” ruled by water element (Moon) and in Panch-anga tithi is ruled by Jala Tatva which almost rules all sort of relations and emotional connectivity among people and this chakra is located at the Sacrum/Coccyx and is associated with the pancreas and all the bodily fluids in the form of water or lubricating fluids (Sexual fluid, Lust, desires & emotions in everyone) is controlled by this chakara.

Most of the Young girls and boys are badly in depression in relationships because of Imbalance in Bodily fluid controlled by Sacral chakra or Jala Tatava in the body .

Presence of Mars + (Debilitated) Moon in chart is one of an example of imbalance in emotions, Sudden anger, High Blood Pressure, Blood circulation problem, lack of Red Blood cells in body or any blood related issues in organs or blood cells are not able to circulate blood platelets in genital organs or Loss of blood in body or in tissues, irregularities in Menstrual cycles in women and Gynaecological issues lying in Uterus area, over secretion of hormones in ovaries or blockage in Fallopian tubes are commonly seen by this (with added influence of Saturn too). 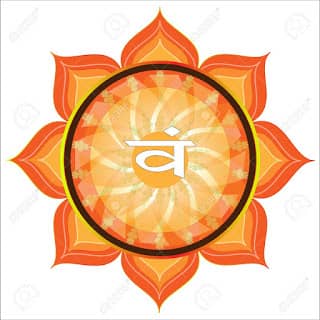 Another Common Combination is Moon is closely influenced by Both Mars and Venus – resulting imbalance in Swadisthana chakra energy, Impact is uncontrolled sexual desires and falling in Multiple relationships and over emotional nature in relationships.

This chakra controls and energies the sexual functions and organs and also controls creative knowledge of procreation.The cosmic colour is Orange to meditate and heal this chakra.

Common Issues connected with Sacral Chakra are – Imbalance of this chakra creates over pleasures and over-enjoyment or over indulgence in life resulting Rape cases, Sexual assault in relationships, Sexual addictions and Multiplicity of sexual relationships in pre or post marriage.

It is controlling lower abdomen and promoting uncontrolled desire/sexuality/procreation.

All Foods in the form of watery nature is ruled by this chakara : i.e Liquids flow in body.

The emotion that affects the functions of the Swadhistana chakra is Guilt.

One of the gems that can energise and optimist this chakra is a Natural Pearl, the gem of the planet of the Mind and soul and emotions and true karka of Relationships – Moon.