An Insight on Earth Quakes

Its just like Sudden Brake applied while we are riding in the Bus & we collide with each other. Same way Ingress of Sun in Aries exactly at 0 Degree Pulls a maximum force on the earth layers by the exact equal & opposite planets who are at the same time at 180 degree.Like two Strong Magnetic objects are pulling or repelling each other at same force and Object got Stuck for Some time which results internal imbalance between the two bodies and creates a sudden Collision and a Shake. Because of this mechanism tectonic layers of earth effects and Spin momentum of earth stops for period of Moment because of gravitational pull and we can expect a sudden shock wave in the inner layers of the earth and for us it looks everything is gone stop for some instance and we collide with each other which results in tsunami’s and Earth quakes.

Transits of solar and Lunar Eclipses will act like catalyst in the formation of these tsunami’s and Earthquakes. From the Mahabharata time Whenever we experienced two Eclipse within a span of 15 days there will be a massive destruction’s and loses in life. one of the Best example is World War I and World War II and Gujarat Bhuj Earth quake happened at 2002.

This same motion we can also apply and experience in our Lagna kundli’s too. If we have Saturn in lagna and Mars in 7th house we can experience exactly the Same newton 3rd law in our life motion too and Life will get a Sudden Shake in the momentum and when their Dasha run’s we can experience destruction in both the houses 1st ( health , intelligence and Status) and and 7th( Marriage and Relationship Matters). Both the Life activities will face Suffering.Both Mars and Saturn have 39 Malefic Points in the Ashtakavarga System and two powerful aspects can create a havoc in all Matters of 1st and 7th house. Its just an example and shows how Science is connected with many of Ancient and Modern theories .This law can be applied in any House.

When we have equal and Opposite force we will feel same Opp reaction & this is one of the famous law of Motion made by the newton for calculating the force applied on any matter. This 3rd law of motion is also applicable in most of the Astrological as well as in astronomical calculations for accumulating results in most of the nations catastrophe’s Happenings i.e Earthquakes, tsunami’s , Rains , floods etc.One of the common example we can see in earthquakes activities when Sun actually ingress in Aries sign at 0 Degree or 0th orbital distance from the earth and Sun Exerts a force to the earth at maximum level and if at the Same time Saturn , Mars or Jupiter Exerts a Same force exactly at 180 degree we will experience a Shake in the inner Surface layers of earth in Eastern as well as in western zone from the Central Meridian line.

Massive
Earthquake triggered in Nepal/India(Himalayan Range): Over 5000 Dead in
Nepal and approximately 70 died in India After 7.9-Magnitude Quake
Hits Near Kathmandu (Pokhara)

Massive Earthquake triggered in Nepal/India(Himalayan Range): Over
5000 Dead in Nepal and approximately 70 died  in India After
7.9-Magnitude Quake Hits Near Kathmandu (Pokhara)

As per the latest official news at least  5000 people have died in the
massive earthquake that struck outside Kathmandu on Saturday
approximately around 11:25:00 to 11:56:00 AM near Pokhara (Kathmandu ,
Nepal).

If we look at Kurama Chakara drawn for 25th of April 2015 over India
Map, It is clearly seen Majority of Planets were in the Eastern States
of India and Nepal, Under close influence of Aries Sign, Agni and Vayu
mandala Nakashtras.Both the Nakashtras are Much prone to give deadly
earthquakes in lands and Hilly areas.It was Confirmed from the last two
eclipses something notorious activity might be triggered around these
areas ,where last Lunar eclipse was occurred in the Revati Nakashtras (
Ruling Eastern Directions and Himalayan Ranges )

Massive
Earthquake triggered in Nepal/India(Himalayan Range): Over 5000 Dead in
Nepal and approximately 70 died in India After 7.9-Magnitude Quake
Hits Near Kathmandu (Pokhara)

Massive
Earthquake of 7.7 Magnitude strikes in Papua New Guinea on 9th day
after full Solar Eclipse and 5th day before Next full Moon Blood Lunar
Eclipse on 29th/30th of March 2015 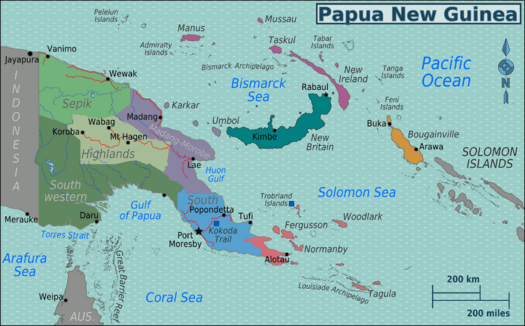 This was the event i was worried about from long time – Earthquake of magnitude about 7.7 took place near Pacific ocean.

Many times in my recent articles  i have explained why all Blood Moon Lunar eclipses and last year transit of Saturn  on Scorpio sign (watery Sign and sign of transformations and deep mysterious sign of nature and things which are buried under the ground), Jupiter transit on cancer sign (again sign of watery, sign of large Oceans and Sea), South Node transit on Pisces sign ( again watery sign – Sign of oceans, rivers , seas and deep transformations, hills and mountains), North Node on Virgo Sign ( Sign of Earth – Sign of conflicts – diseases – war like situations – terrorist activities etc)  have deep impact on oceans, rivers and lands near hills and mountains.
This recent natural event confirmed me true why i was focusing on issues
related to oceans, seas, and watery diseases will be more prominent
after series of natural astronomical patterns happening on Watery signs (Cancer -Pisces – Scorpio).
From last October 2014 we have seen target area for  upcoming natural activities after Saturn transit on Scorpio Sign, Lunar eclipse on 8th October 2014, 23rd October 2014 Partial Solar Eclipse,  Feb-March 2015 Grand Watery Trine formation and recent total solar eclipse on 20th of March was more on oceans and areas which are closer to seas, islands, tropical areas, lands near to rivers and those areas which are more closer to hills and mountains like Indonesia, Australia , Solomon Island, Pacific ocean zone, Indian Ocean, Yellow Sea, Gujarat, Mumbai, Kashmir etc
For More info click Here :

Massive
Earthquake of 7.7 Magnitude strikes in Papua New Guinea on 9th day
after full Solar Eclipse and 5th day before Next full Moon Blood Lunar
Eclipse on 29th/30th of March 2015

These are latest Data Of Earth quakes from 31st of October 2014 upto
29th April 2015 belong from Zones of China, Japan, Pacific Ocean,
Indonesian Sea and Autonomous Region of Bougainvillea.

As per data available We have observed Earthquakes range increases
gradually from 5.0 to 5.7 up-to 6.8 to 7 Mag and  and it is quite clear
from attached Images and data of earth-quakes, after Ingress of the
Saturn into Scorpio sign and blood moon lunar eclipse on 8th and 4th of
April 2014-15, number of earth quakes increased frequently in islands,
oceans and coastal areas as what i have last written in my article on
Saturn transit to Scorpio sign and effect of Blood moon Lunar eclipse
around Pacific ocean- ” there will be increase in earthquakes activities
in oceans or islands or all areas close to water or around these areas”
, & it is actually happening now we are observing gradual growth in
number of earth quakes around water zones signs.

After 2nd November 2014 to till date April 2015, we have observed 59
earthquakes occurred till now and most of the earthquakes are occurred
around pacific ocean, islands and coastal areas.


The Coming of 4 Blood Moons

Blood Moon is sometimes used to describe a Total Lunar Eclipse. When the
Earth casts its shadow on a Full Moon and eclipses it, the Moon may get
a red glow.

Total lunar eclipses are rare, only about one in three lunar eclipses
are total. About four to five total eclipses can be seen at any place on
Earth in a decade.

Italian Astronomer ” Giovanni Schiaparelli ” calculated that the
occurrence of such tetrads varies over centuries. Some 300 year
intervals have several lunar tetrads, while other 300 year intervals do
not have any. For example, the years between 1852 and 1908 did not have
any tetrads, whereas the next 3 centuries will have 17 tetrads.