How to see Extra-Marital Relationships from Natal and Navamsa chart 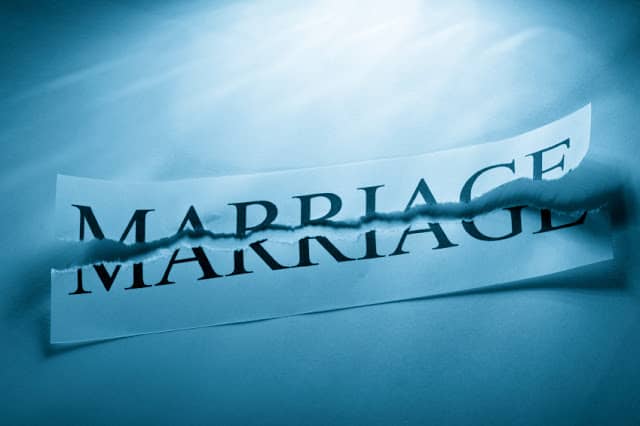 In Todays, so called modern world, as an effect of Kaliyuga love and love marriages are rapidly growing. It is not the effect of kaliyuga the main effect is extra marital relationships. Love marriages (Gandarvh Vivah) was there in ancient times but there were also something called as boundary of marital life and vows. And those who were caught committing adultery were given punishment. Then in later times with change in environment and degradation in morals adultery became common in society but was restricted to trader class only (a good description of this along with an imagined life of sage Vatsyayana – author of KaamSutra can be read in Sudhir Kakkar’s book “The ascetic of desire”). Then as the effect of kaliyuga is growing now it is everywhere right from so called high societies to low societies. Demonic things like alcohol, drugs have their effect on the same and helped in increasing it. And so many other factors are also there which is not a main topic of our discussion but plays an important role in astrological analysis. Rather than explaining them all here we will see them while going with the case studies.

Before going any further let me give an advice to our new or better to say young readers. Never ignore case studies. So many times I have heard people saying this rule doesn’t work for me. If it works for someone else it is bound to work for you too. Thus while going through case studies one can get an idea of authors approach to chart reading and can get the way the rule have to be applied. Nothing is best teacher than illustration. Also while going through example charts one may get some basic things like which house author uses for 2nd marriage etc.

1. Mercury shows intelligence and which it follows is of utmost importance. Weather it follows the Guru (Jupiter) and its righteous way or it follows the adulterer (Moon) one who have 27 wives and also have eloped with Guru’s wife and made her pregnant with Budha (Mercury). And for that we have see Mercury in D9 is in trine to whom Moon or Jupiter

2. Jaimini in his Jaimini Upadesha Sutras say if 2nd house in Navamsha is owned by Venus or Mars or is having them or their aspect is there then a person can be adulterous. Jupiter will only make this more profound only Ketu the Moksha Karaka have the power to kill illusion. Use only Rashi Drishti here.

3. As Navamsha is the chart dealing with Dharma it is better companion to show the same as it will be better indication in showing degradation of one’s dharma. This is because root house of D9 is 9th house which shows ones Dharma, Guru, Higher Learning, Spirituality etc. but when it comes to a boy who is not married and indulges in this only for physical pleasures then it becomes more prominent in D1 chart as it shows physical body. Then there are also Casanova people who do all this love, illusion things for physical pleasure and for them judicious decisions have to be made.

4. Other subtle things like influence of Rahu over Venus, a bad or hampered 9th house is also important in this regard and can never be ignored.

5. Ghatak Chakra also is to be used. It has more usage but I will reveal only the part necessary to it.

In this list what we have to do is to find in which Tithi a person is born into. As Tithi is rules by Jala tattwa that shows our emotions. And without being emotionally attached with someone extra-marital relationships usually doesn’t happen it becomes an important factor. Note down the Tithi a person is born into and then see signs that come under its scope if UL (Marriage) A7 (Physical relationship) A5 (being Arudh of 5th house it can also show love) is there making connections either one or two or all of them are there in those signs. Then it can also indicate extra-marital relationships. Their involvement with other factors like A7 with A10 and UL can show physical relationship in workplace after marriage. In this was this have to be analyzed in this remember Venus shows unmarried female whereas Moon show married female, Jupiter shows married man whereas Mars shows unmarried man.

6. As I have already said Tithi Lord have a profound impact on human relationship lord of Tithi and its placement in sign, house and with other planets can be analyzed in a birth chart to know the approach a person uses in his relationships especially love relationships.

With this much information in hand, let we go to some practical cases to know how it can be used. I will only reveal those things that I know and am sure of and will not make any castles in the air.

Had 1st affair with Marilyn Monroe in 1950’s

Mercury is in 5th house neither in trine to moon nor Jupiter. 2nd and 7th in D9 is neither owned by Mars or Venus nor aspected by them. Rahu is in 2nd but without their support it is not of much harm. His 9th house in D1 is well fortified with its lord and Sun (discipline) and Jupiter (High Morals) Venus is not influenced by Rahu in D9 or D1. In Ghatak rashi’s (Libra and Capricorn in this case) A5, A4, A8 is there but not UL or A7 showing that he may only be involved emotionally. (illusion of love) but due to strong influences of Jupiter on 9th house 9th lord as well as Venus it seems that this information available on Astro Databank is a rumor.

Mercury is not in trine to Jupiter neither to Moon. 7th house in D9 is rules by Mars and Rahu is there aspected by Jupiter not aspected by Ketu. Rahu and Venus are together in D1 and in opposition in D9. In D1 9th house has Jupiter but 9th lord is with Rahu and mars too much bad influxes for Venus to bear without any help of benefic. Jupiter is in 9th house but he is 7th lord not a good condition for 7th lord to be in 3rd house from its position notice 7th is house of marriage and sex and 3rd of courage and copulation. Ghatak Rashi (Taurus, Virgo, and Pisces) has UL and A5 (now we are clearer on why Jupiter here hasn’t given in high morals in matter of these things. A5 here signifies the thing that he had made illusion that he loves women and then having them caught in his trap he did 3-4 murders and 13+ Rapes. Every chart will not be that much extreme and why this one is analyzed in another article that can be found on my website. Extreme cases are hard to handle and a careful analysis of D30 and D60 needs to be done along with Somnath D3.

Mercury is not in trine to moon neither to Jupiter. 2nd and 7th house in D9 is neither owned nor aspected by Venus/Mars. 9th lord in D1 is in 8th house with Mars bad condition. In D9 Rahu and Venus are together. Ghatak Rashis are (Aries, Scorpio) that has UL, A7, A6, A2 and Venus. This is female chart Venus is not of much importance but Aries is aspected by both Jupiter and Mars. Although she was not in adultery she had so many marriages and several relationships as can be seen by conjunction of UL and A7 with both married and unmarried man Influence of both Mars and Jupiter together on combination of UL and A7. They are also in conjunction too. Here it is not case of adultery but a case of marriage based only on physical relationship and desires and thus makes D9 rules as exceptions.

Her Husband said she had extra-marital relationship and he caught her red handed on 26th January 2014.

Mercury is not in trine to Moon/Jupiter. 7th house in D9 is ruled by Mars and 2nd house is aspected by Rahu, Jupiter, Mercury, and Rahu. Ketu have to disqualify the yoga but in this case Ketu being in Virgo and dual influence of Rahu and Jupiter make Ketu weak to ward off the evil influences. But this also shows in one way that this illicit relationship off-course is not going to operate for lifetime. And with time and activation of Ketu it will come to an end and this shows the relationship as a result of dissatisfaction in marital life. However Mercury and Rahu together and Jupiter in 8th in female chart in D9 are not welcome. In D1 9th house have Gulika almost destroyed and its lord is in 7th house that Sun (Sun in 7th is never welcome) with Rahu causing grahan Dosha Venus is also there along with mercury that shows Rahu have affected her Soul (Sun) Intellect (Mercury) as well as sexuality (Venus) in female chart 4th house shows her chastity and 4th lord in 11th house (8th from 4th) is not welcome and also combined aspect of Mars and Saturn over 4th is never welcome. See all the troublesome combination of Sun+Rahu, Rahu+Venus is in Badhak house whose lord is strong being in own house showing badha is not easy to overcome. As 6th lord is also involved she can also face something like Black Magic but this is an area out of preview of this discussion. Ghatak Signs are (Libra, Capricorn) in Libra Jupiter is placed that can show affair with a married man. However as A7, UL is not involved it can’t be said with certainty.

In D9 Mercury rule again doesn’t works. 2nd house in Navamsha is rules by Venus and aspected by Rahu, Venus, Jupiter and Ketu and as Ketu is in 6th house in Aquarius he is weak to mitigate the evil and the main problem is mars in 7th house in D9. Ghatak Rashi in this case doesn’t work. But 9th lord Saturn in 5th house with Sun and 9th house aspected by Mars and Rahu and also the same Mars and Rahu combination over UL. Aspect of Rahu over Venus in D1 and both of them in conjunction in D9 further clears the combinations and solve the arena of doubt.

All these charts are a great learning tool to understand the mental condition of someone who goes in these types of relationship. There are numerous reasons sometimes parents forcing for arranged marriage and neglecting their love and sometimes when love happens in someone’s life after marriage. But is it right to go into extra-marital relationships no I can’t answer this any men and women on this earth can. Before closing the article I will give few more points
1. In these charts especially in female charts analysis of D30 to see imbalance in tattwa, Shadripu, and other weaknesses is prominent

2. In female chart 4th house shows her chastity that should be analyzed in-depth before coining anything as extra marital relationship.

4. Most important thing is timing and we have the most fantastic tool Vimshottari Dasha to do that but I am thinking to introduce something new for this purpose thus I have left this aspect in this article

5. Analysis of prashna chart also becomes necessary in those cases where someone else is reporting extra-marital relationship of someone else. We as humans don’t have intellect neither have the permission from god to say illicit or bad to any other creation of him