How our karmic energy effects our time thread and planetary motions 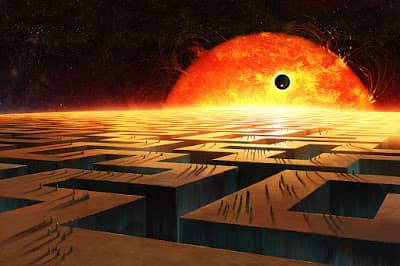 ” karma is a flow and no one can sit idle, everyone has to do its associated karma to survive in the karmic world, even god itself never sit idle either it is a physical or mental one. Karama always in action even when one is not willing to act in any way “.


This shows how god is itself in motional form but the rotational speed of god and our karma bind with us Only with our soul and way we think broadly that only decides how we can understand god around us and how our karma matters much in understanding actions of planetary forces.

Now, what are Time threads?

In a questionnaire dialogue between Charlie Kaufma and Brian Greene regarding understanding on the fabric of time and cosmos, famous astrophysicist Brian Greene explained in a very simplest form how we can understand time in our day to day life –

The Question was: What is Time?

Mr Greene said: “The mechanism by which you can notice the change is exactly the definition of time ” He suggested that it may be a derivative idea, an emergent property, not elemental to the first equations of physics. The equations certainly do not distinguish between past and future. In fact, all moments of time are in existence. We can imagine an expanse of space before our eyes, but not time. This is merely a limit of our representative imagination. It is just as “real,” even “material,” as this computer, or the Pacific Ocean.

Why do we experience a sequence—a passage, a flow—of time?

Mr Greene offers an evolutionary explanation. Establishment of a now (including an imprinted past in the form of memory) distinct from a future leads to predicting and anticipating, planning and striving, brain-initiated functions that encourage acquisition of energy until the replication of DNA, and thus survival in nature. Mr Greene insists that there is no mathematical distinction between present and future. There is no unique NOW. (“And is that, is that what they’re thinking these days?” said Mr Kaufman, mind blown, to a laugh).

Words ultimately fail here– although Mr Kaufman’s, writer that he is, was often perfectly selected. “Now is a function of a brain. If there is no brain, I think there is no now. It just is, whatever that means.” (“Do you guys . . . smoke a lot of pot?” the novelist and Kaufman-collaborator Susan Orlean humorously asked during the question period). Let it be known, too, that quantum physics complicates this picture.

(Reference – http://thebeautifulbrain.com/2010/03/brainwave-charlie-kaufman-brian-greene-at-brainwave).
What is time in Vedic Cosmology ? 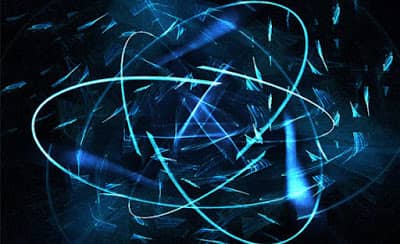 The Hindu concept of time is cyclical (and eternal and degenerative). Time is preciously based on two schemes, one is used for creation and destruction of planetary structures for human beings and it is endless, eternal and cyclic in nature and another part of the time is purely mathematical also cyclic in nature and preciously exist in both material and non-material form.

That shows time is circular and cyclic in nature and keep moving around us. Question is how we can relate it and understand it in our day to day life actions.

The answer is simple – Our Karma decides how we move in time threads.

The karma we do decides how it has perfect speed and harmony with nature itself. If we look out at scientific definition of Time is what -It is also simply a cyclic or circular motion and follows a certain amount of speed based on our karmic energies based on spiritual aspects.

If we compare it with planet’s – they are also in motion, cyclic and circular in nature too and thus shows they too have some karma or actions or certain amount of energies associated with them and follows certain order and speed since many eras from the beginning of creation  with  many variations in speed and motion shows root of everything, including time is – The speed and Motion of our karma.

Something’s keep flowing and keep moving everything in perfect order is simply our karma and energies associated with those karmas.

Take an Expression as T – Time, K – Karama and P – Planets and write it down as a direct proportion relation of karmic motions acting as key and shows a formula for decoding time and karmic link.

That shows  Both time and Karma is Interrelated to each other in some way, what we do directly effects our time threads and same effects thus are seen via planetary movements too. 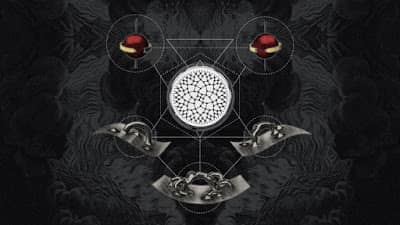 This means that everything is karmic in nature from individual actions to natural disasters at a particular location’s. Our karmic energies thus influence actions pertaining to natural forces either it is individual or its a group actions.

If you want to understand how planets are effecting us this is the answer for them those who are always in a state of dilemma how planets affect our karma and how our karma are interrelated with planetary action in a vice versa relationship.

This proves Jyotish Planetary science is simply a karmic science based on our karmic actions and energies associated with them.

The motion of planets is simply relative to our motion and speed of karma.How well we do our karma will decide our destinies and planets effects will reflect it in the same and can be astrologically analysed.Same way the time is moving karmas are also moving and relative with our planetary speed and motions.

If you can move your karma fast maybe you can cross time dilatation and able to travel in an interstellar manner. Simply, Time, karmas and planetary motions are moving in perfect harmony with each other if you stop, time will be stop for you but it will keep running eternally in background as always endless in a circular loop.