Earth’s Ascension: Decoded – How earth is Rapidly moving to new age of advance DNA with increasing amount of Cosmic energies

by Admin 0 Comments
63 Likes
The penned write up would unravel the mystery to all the mortals, which is possible solely through the heavenly plan, as only awakened and enlightened souls who are potential star seeds (signifies the human beings/ other extra-terrestrial beings, who have experienced the life anywhere in the Universe than earth) would be able to read and explore the path intricately explained. Consider the propitious moment of swimming through this article, as your providence, which would be a pointer to the fact that you are a faction of the celestial strategy, which would attract the energy of the soul towards the vigor which would enable sparking the light.

“Prayer”
“I announce to the Universe,
to bring the star seeds* together on this planet earth, &
to become aware of this article, &
this lights up the soul consciousness which they are carrying inside!!
Let the light workers be awake now and serve the Divine Plan.”

As time elapsed, the vibrational frequency of earth descended with the ascent in the act(s) of Kaam (Lust), Krodh (Anger), Lobh (Greed), Moh (Ignorance) & Ahankaar (Ego). Consequently, Earth sloped to the third dimension from the fifth, which in vedic terms, can be referred to or correlated with the shift of Yugas from Satyug to Kaliyug. After earth inclined to lower facet, innumerable scholars and rational beings left earth and never reincarnated. This could be possible due to the fact, which might be thought of as the receiving of guidance from the higher aspects in the galaxy to allow earth to complete 24000 cycles to attain the energy level, which would be appropriate to climb to higher extents.

Subsequent to the completion of 26000 earth cycles, earth would be able to channelize the negative energy vibrations from the atmosphere, and, the codes from the higher dimensions shall be released, from the core of the earth, which could manifest itself in any of the following forms; through the release of the seismic energy, melting of icecaps and/or by shift of current soul consciousness into a spiritual being.

Earth completed the 26000 cycles as on December 12, 2012 and is now ready for ascension to the fifth dimension. There is a huge energy influx experienced by every soul on the earth plane, which is affecting the physical, emotional and mental set-up, thus creating turbulence in the auric field of the physical body.

The Galactic Council (Union of star nations, similar to UN) arrived at a consensus in the previous session to include earth in the council, but, before earth becomes a part of the galactic council to participate in the deific proposal, earth had to be rise to the fifth dimension, so that human also carry the same consciousness and awakening inside and is capable of becoming an inter-dimensional being.

This ascension will serve the following objectives 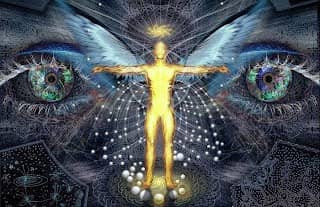 To serve the purpose of ascension, the energy has been released on earth thru’ Sun which is like a doughnut in the hot air oven getting heat energy from all the directions while rotational motion. With the beginning of new 26000 earth cycles, there was an enormous change, as the foundation of the 3rd dimension gave way to fluidity of new dimensions of reality. We are becoming independent sovereign beings, releasing our ego personality’s expectations.

Profound and remarkable shift is progressively relocating from knowing to accepting. With the birth of this new sovereign being, there is a need to accept that there is no authority supreme than thyself. The necessity to learn, to balance the ego personality with the divine, in entirety because this totality is responsible for running the complete show; and, in quantum physics, wholeness is collapsing the quantum waves of potential, into particle form or matter, thus, leading to the formulation of novel creations in the new earth.

The wisdom of the universe in encapsulated in a holographic field, which is held by the life on earth. Therefore, to serve the divine plan, the call of the hour is for unity in form of loving kindness, and, this cohesion will help the life on earth be geared up for this shift. Helping each other to walk the path, is the key to serve one another, and, thus, the divine plan.

The ascended prodigies are now back on earth to help shift to the new dimension. Earth has 14,400 masters back on earth, working on, organizing earth to absorb the energy and transmitting the same into humans for awakening the soul and the consciousness. The virtuoso from other dimensions, namely; Sirius, Andromeda, Arcturia, Pleaides, Lyra, Epsilon Lyra are sending codes to the light workers on earth and guiding to release energy codes from various portals (on earth) and transmitting the same in the current human DNA, which can be achieved through meditations and breathing exercises.

The symptoms of this ascension phase are quite lucid to humans, because, simultaneously, earth and humans are ascending to the next dimension. The feeling of anxiety and pressure in life, could be at a physical level, manifesting as weak eye sight, head pain, dry and bumpy scalp, shorter sleep period, imbalance in the emotional sensitivity, awareness of the spiritual world, no dreaming, skin irritation, increased spherical consciousness.

Humans can prepare for this ascension at the individual level. At the completion of comprehension of this editorial, a thought is sowed in the consciousness which will cater to becoming proximate in preparing for this big transition and towards new you. Acceptance of one such single thought will transform the complete chemistry of life form at the cellular & DNA levels.

To speed up ascension progress, contribute towards yourself, and then, serve the cosmic blueprint. Stated underneath are tasks/activities that can be adopted in the routine to enhance the ascension process

The rational of this artifact is to help awaken many masters & enlighten souls to be a part of the blissful proposal and guide to help realize the true soul potential.

Let us celebrate every breathe and ascend together !!

*star seeds signifies the human beings/ other extra-terrestrial beings, who have experienced the life anywhere in the Universe than earth.

With thanks and Regards,
Love & Hug
Vishal Sood

Can we Really change our Destiny by knowing the future ? – Spiritual analysis on “Destiny” versus “Astrology” 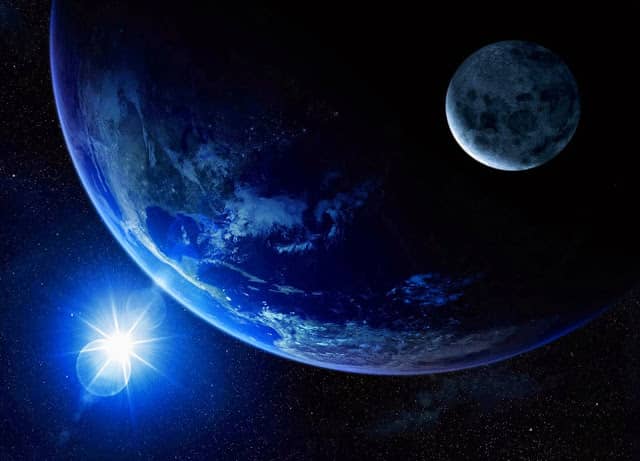 We always had been longing for a very strong thought in our minds, if our destiny is fixed and everything in our life is destined to happen then why do we need to bother much about anything. Why should be take actions?? Whatever has to happen will happen!! 🙂 But, my dear friends, let me help you with a very strong quote: “I am the master of my destiny, I am the captain of my soul”.

To understand the deeper underlying concept, my dear friend, just read through the complete article, only then you will be in a condition to draw your own conclusion. And, let me tell you one thing clearly, once you understand it deeply & precisely, you will never face any fear or pain in your lifetime. Being on the planet earth, we our living in a free will zone, where everything works with individual’s free- will which is our desire/wish to take actions or to perform karma.

We take birth on the planet earth, which belongs to a specific dimension where we have our physical bodies & we follow a cycle of life & death in order to progress spiritually & to speed up the purification level of our soul so as to merge with the divine light. During our journey in the physical world (Earth), we face ourselves with Kaam (Lust), Krodh (Anger), Lobh (Greed), Moh ( Ignorance) & Ahankaar (Ego) which are presented in front of us in the form of various situations. Like, we face financial crisis, disputes with family member, quarrels with any relative, mis- using power etc. So, the actions (Karma) we perform helps us progress or regress in life and actions are purely the active form of thoughts. The thoughts we create, positive or negative, similar will be our actions & thence, we get similar results. Now, the thoughts are actually the utilization of our free- will.

Our soul journey is basically about the control over mind & our spiritual action. Chalo, let’s add another angle in our discussion which is astrology- our main connection.. Right!! As we know that, our mind is the generator of thoughts, which are influenced by the energies from the environment
& cosmos…And, the energy from cosmos is transmitted on our planet thru’ the planetary bodies in orbitation.

The planets, hence, has the power to influence our thoughts & similarly, they create impact on the
thoughts of the complete mankind. Every individual process those thoughts by using their free-will into a positive or negative outcome.
When all such outcomes are showcased in the family/society they become a situation which might be simple or difficult. Astrology as a Science, is a map which helps understand the situations which as per the birth chart of a person, might happen & it can work as a path en-lighter & provider to help use our free- will in the most favorable spiritual manner.

Here, spiritual doesn’t mean to be priest or to sit in a temple & chant but to follow the path of righteousness. As “Destiny” is futuristic & no one on this earth has the capacity to unfold the future because of the DNA level & the atomic structure of our physical body. So, when in our present, we know our probable future situations with the divine help of astrology, so we can prepare our frame of mind accordingly & we can alter our thought process using our freewill & thence, it will change our future outcome & finally, our destiny. Destiny is uncertain not certain & everyone has the power to change it & make it as per their free-will.

Be a parent to yourself & make your own destiny.


With Thanks and Regards,
Love & Light,
Vishal Sood
www.facebook.com/analyst.vishal