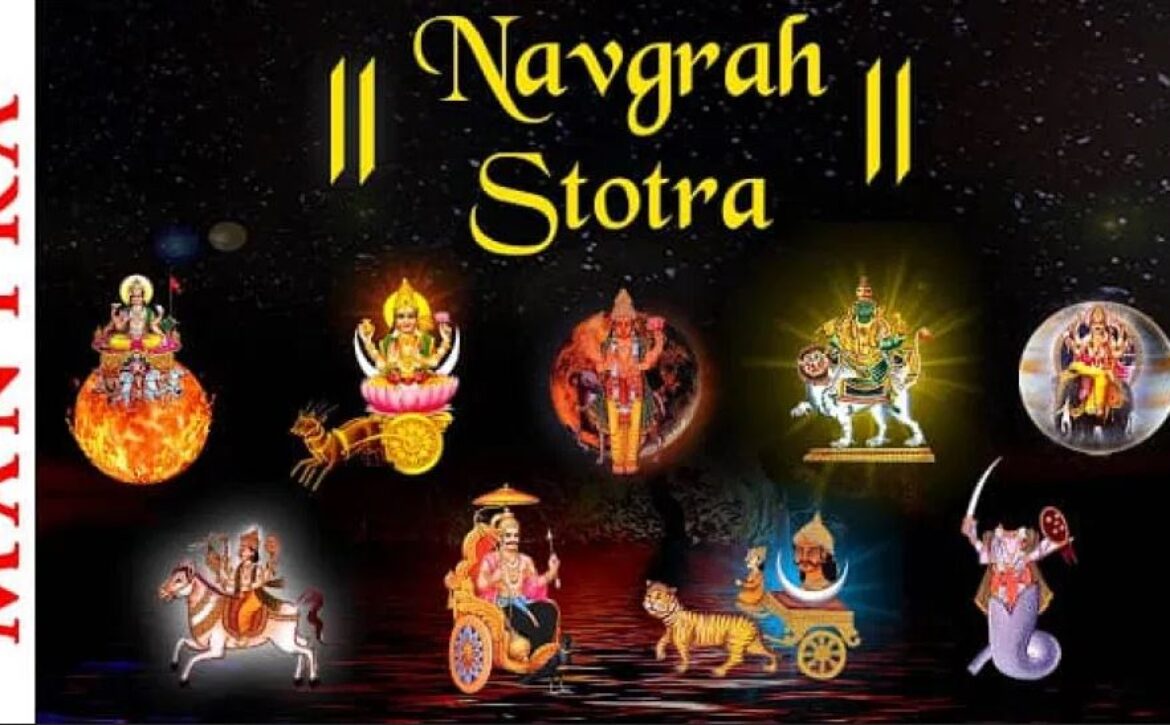 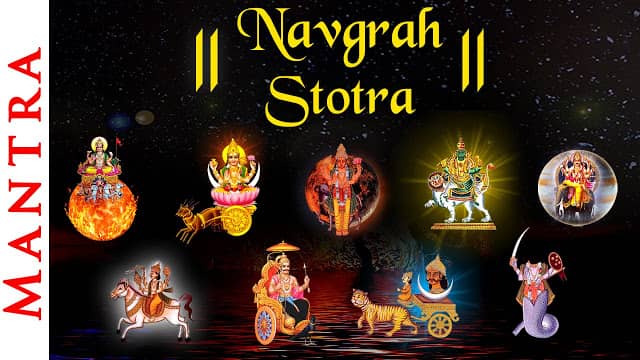 This stotra is written by Shri Ved Vyas Rishi and consists of nine hymns or mantras of nine planets. this stotra is best suggested to get freedom from all sort of troubles and difficulties and get abundant pleasures, wealth and become prosperous, sound and have good health in life. The devotee should recite this stotra daily with utter faith and devotion to get maximum benefits from stotra. As this stotra directly goes to graha devta so faith is most important as these nine planets or ‘Navagraha’ have maximum effect on mental as well as on physical aspect of human life.

The vibration of these 9 planets radaites maximum sound and light energy around us and when we sync our body vibrations according to these 9 planets we can have maximum benefits from these celestial bodies. They play an important role in all the life activities i.e physical, mental, emotional and health of life of any individual. During the birth of the body, while having unfavourable positioning of any of these planets can be the cause of major life problems i.e bad health, bad mental state and stagnation in many areas of life. These 9 planets simply act as the mirror of our own karmas which we had done in many of the past journies. What native is facing suffering its all because of the deeds of the native he has done in those lives. Although there is no such remedy for bad but Karmas we can win the heart of planetary dieties by our utter faith, devotions and good karmas.
This Navgraha Stotra Created by Rishi Ved Vyasa is very useful in warding off or to avoid the ill effects of the bad planetary position and movement( Transit) of the ‘Navagraha’ in our lives with the help of Navgraha Hymns.
Navagraha stotram is a simple Pattern or mantras of 9 Grahas and it acts as very powerful healing tools to reduce the negative effects of planetary placement in natal chart.

Benefits Of Navagraha Stotram And The Way to Practice 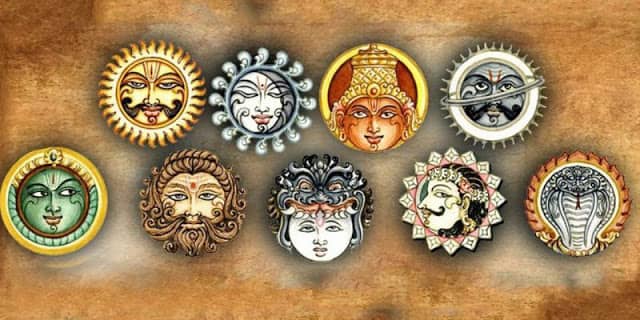 The Navagraha Stotram is written by Rishi Vyasa and is considered to be as the peace mantra for the nine planets. These powerful hymns can pacify the Navagraha and protect us from any negative vibrations of the planets.

When devotee Regularly chants Navagraha Stotram it generates positive vibrations around us and directs the related planets to deliver favorable results but one should also need to do Good deeds as well as need to follow the karmic discipline wrt to the desired planet to get maximum benefits, as only good karma can pacify the bad karmic effects. These mantras or hymns helping in minimizing the harmful effects of the planets and increases positive influences on native mental setup. The devotees also get peace of mind and stay away from any evil thoughts as well. Practicing Navagraha Stotram every day can make you healthy, wealthy and prosperous.

To achieve the desired result, one should recite Navagraha Stotra in the early morning after having a bath by sitting in front of the picture or idol of the Lord Navagraha or one can also chant this Stotra in front of the 9 Navgrahas idols in temple after offering proper Poojan to the Navgrahas.

One should also try to understand the meaning of the mantra to maximize its effects.

It is recommended that the stotra should be chanted at least once in a day to please the planets. 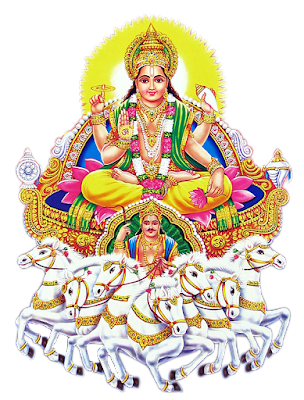 “One who looks like the Hibiscus flower, Son of Kashyapa, full of radiance, Foe of darkness and the one who dispels all sins, I prostrate that Surya.” 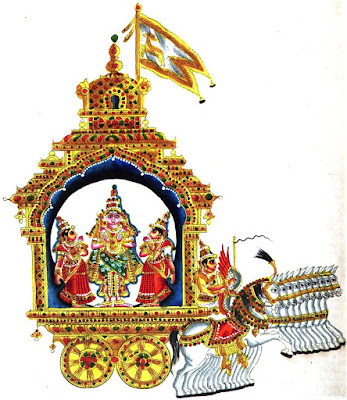 “The one who has the hue of curd and icebergs, one who emerges from the milky ocean, Chandra who adorns Shiva, I prostrate. that Chandra.” 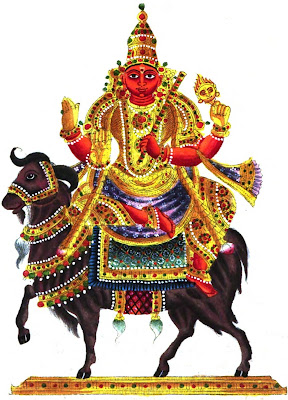 “The one who is the son of Bhooma Devi, One who has the lustre of lightning, One who has Shakti in his hand, and the auspicious one, I prostrate that Angaraka” 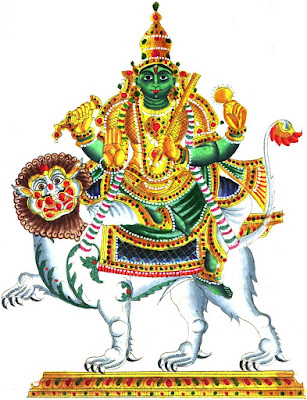 “The one who is dark like the bud of Priyangu flower, One who is unequalled in beauty and is intelligent, And the son of Chandra, One who is peaceful, I prostrate that Budha.” 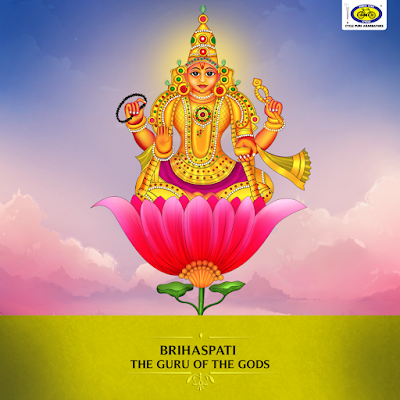 The one who is the Guru of the Devas and Rishis, the one who is radiant and intelligent, The Lord of all the three worlds, I prostrate that Brihaspathi. 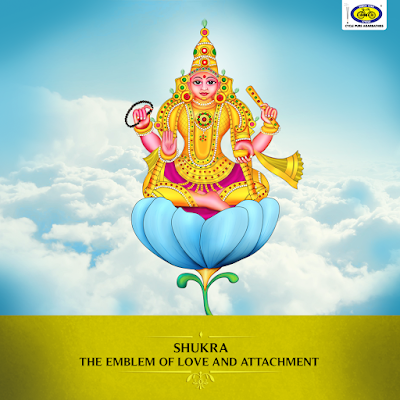 “The one who has the lustre of the dew, Lotus stem and Thumba flower, High priest of Asuras and the one who preaches the Shatras, I prostrate that ( Bhargava )Sukracharya.” 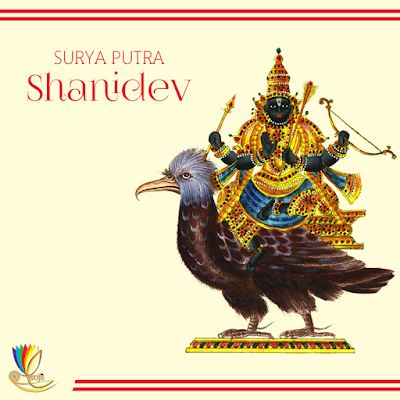 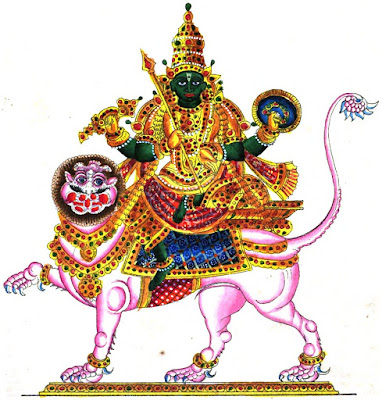 “The one who has half a body and is full of valour, One who opposes Chandra and Surya without fear, One who was born from Simhika’s womb, I prostrate that Rahu.” 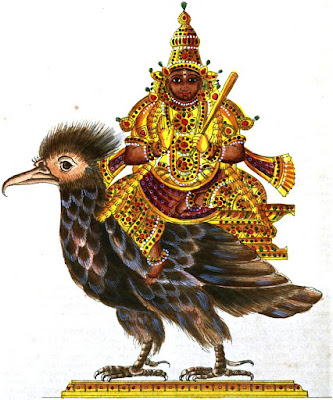 “The one who looks like Palasa flower, One who is the king of the stars and One who has a fierce form and is scary and angry, I prostrate that Ketu.”

“This stotra is composed by Shri Vyaasa Rhishi. A person who chants this stotra during the day or at night will become free from all troubles. ”

“By chanting this stotra the effect of bad dreams of men, women, kings and so on will be destroyed. Everyone will have good health, wealth and energy.”

“A person who chants this stotra becomes free from the troubles created by planets, constellations, thieves, fire etc. Vyasa Rhishi says that there is no doubt about the result of chanting this stotra ”

The Navagrahastotracomposed by Shri Vyasa Rishi is Complete here. 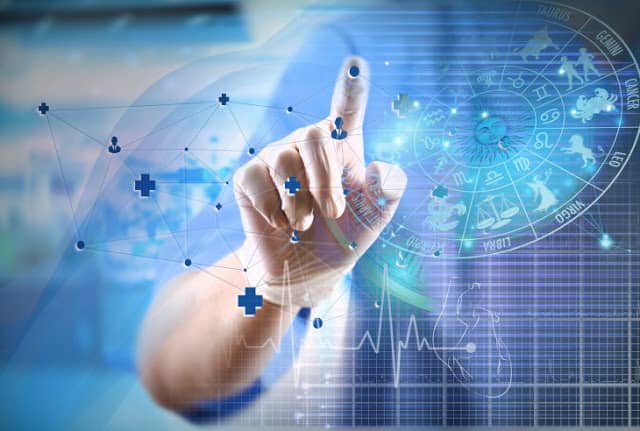