Past Birth Astrology: How to know Pending Past Karma & Purpose of Birth in Vedic Astrology from Divisonal charts 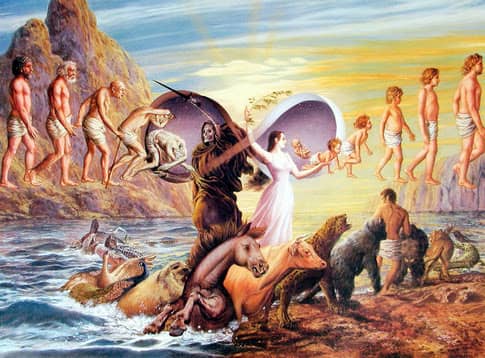 Here in this article today I am going to discuss few techniques from which you can know about pending karma and life mission of the native in which direction his life will flow basically for doing which type of work and for returning which type of work any native have taken birth,
First, let me tell some basic things then I will share two techniques Pending karma finding technique given by Saptarishis Astrology.

In a birth chart check the few things at first  See the house and Rashi placement of the sun and his conjunction and relationships with other planets that will show the thing in which soul will be comfortable and also see AK in the same manner in D1 and in D9 to find what soul desires.

Check the placement of Rahu and Ketu in D1 and D9 and also check their relationship with other planets as they will show karmas with respect to the sun (soul) moon (mind) and so on, also keep remember that Jupiter and Rahu both have 5th and 9th special aspects which are for past life and future life but Jupiter shows blessings and Rahu shows curse.

Saptarishis Astrology technique given out by Sunil.
Under this technique see the Rashi number falling in 6th house 8th house and 12th house and then see those houses from birth ascendant and then see planets placed therein, yoga being formed therein and aspects therein and this will show which karma is pending for the native and should have to be done. These houses become karmic houses,

Jagganath Dreshkan method handed down by Sanjay Rath Parampara was given by Vristi Larsen.

Make D3 chart using Jagganath method, it is given in Jagganath hora, method of calculation is not being given to me as it will make it complex just open jhora and then open D3 chart and then under option choose Jagganath hora and now chart opens, under that chart see the 3rd house as Ascendant and if 3rd house is vacant then see where 3rd lord is placed and that house as Lagna.

See rashi aspect, planetary aspect see which planets are in 3rd house, or with 3rd lord, their signification, house lordship in D3 and yoga’s they are forming all would have impact over this and will show the karma for which the native have taken birth, for example 5th lord in 3rd house and 3rd lord in 5th house and Jupiter aspecting 3rd house using rashi aspect and mercury aspecting using Planetary aspect clearly shows that native is born for becoming author and write books, subject should be decided by the most powerful planet or by combining influence of all planets and houses.