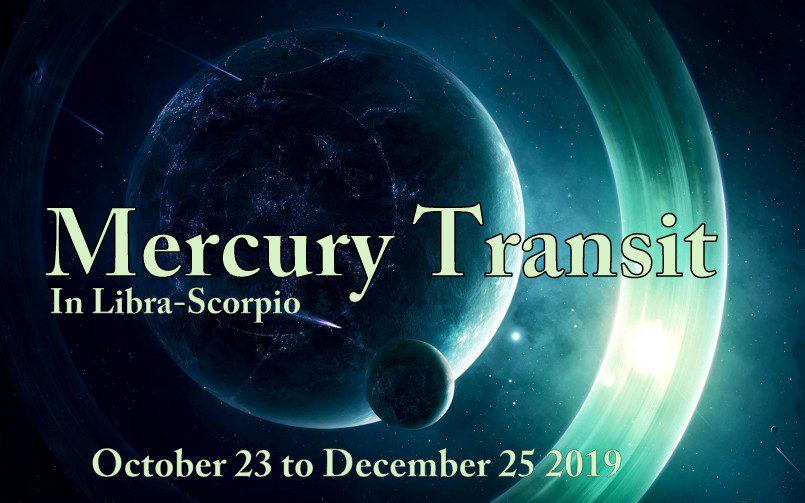 The planet Mercury has entered the Scorpio zodiac sign on October 23, 2019, ruled by the planet Mars and Mercury is likely to stay in this zodiac sign for around two months till December 25, 2019. The planet would start having a retrograde motion from October 31, 2019, till November 7, 2019, in the sign of Scorpio and it will stay with Venus and Jupiter around November 5th, 2019.

This transit would have a  much greater impact on all zodiac signs, natal charts, Nations, mundane activities and majorly in the Stock market. Below are the Mercury transit details from October 23, 2019 t0 25th December 2019

According to astrological calculations, Mercury goes through a Retrograde phase three times per year and this time Mercury turns Retrograde on October 31, 2019, at 27 degrees until November 20, 2019, at 16 degrees. Mercury is the planet that stands for the intellect, common sense, commerce, business, trade, Stock market and majorly it affects the weather. whenever it is placed in any sign it shows us about our communication and learning habits and our modes of thinking. The house that Mercury occupies in your Natal Chart is where these characteristics will manifest the most. Mercury in Scorpio is all about deep and profound communications reason being Scorpio is a very deep, intense, instinctive and mystic sign so when Mercury is placed in the sign of Scorpio it creates extremely profound and deeply insightful thoughts and communication.

Mercury has transited on #Scorpio on October 23, 2019, its focus will be on a depth of thought and communication.here mercury will involve in deep communication with a thoughtful approach. as Mercury will be conjugated with Jupiter in Scorpio sign till the 5th of November 2019.

Native having beneficial planets in Scorpio will involve themselves in deep, #research oriented work and will dig deeper for mystic full subjects. These individuals need to desire to have deep communication and intellectual intimacy in #relationships with Thier surroundings and #partners.

#Couple will involve themselves in deep intimacy sharings of ideas and thoughts.

They will enjoy deep communication. They will love to enjoy sharing their deepest, darkest secrets with others and need others to open up to them verbally. Here deep sharing is the key.as mercury will be transiting in jala Rashi, so emotional communication will be a priority for natives.

Till 3’20 degree mercury will be in #Jupiter #nakashtra and the lord will be with mercury so it will be a good period for people who are doing #research, #writings, #Investigation and dark and mysterious journalism.

People may even keep their thoughts to themselves as a fear that others may not understand them fully as right now mercury will in AMSA of moon so deep emotionality be the key for this beginning phase.

Some people even might think about death and their own mortality and at times worry about this topic too but results will be depending on individual lagnas and planetary placements.

This transit will make a keen, insightful mind for deep communication with close associated people. this transit will be good for people who are in the profession of deep #writing, #researchers, crime investigations, #occultpractinors, #Astrologers, #doctors, #auditors, #healers,#Scientists, #meditators, #sadhakas and all sort of research-oriented fields will get beneficial Via this transit.

Impact of Mercury transit on Libra: November 7 to December 4, 2019 in Libra.

During this retrogression phase in Libra, the mercury will give results of his previous sign where the sun is placed in libra so people need to put more focus and control on Thier overconfidence and egoistic behavior that might can create issues in Thier #relationships. one needs to listen to Thier inner soul and deep thinking. during this phase, one might feel a lack of confidence in expressing emotional thoughts as the whole focus of mercury retrogression on libra will be on balancing verbal communication and emotions with their loved ones. So one might take delay in taking decisions or one may feel difficulty in conveying his deep emotional thoughts and ideas to their close one. many times people will consider them wrong or may not able to understand them fully.

Lack of #communications or miscommunication between close relationships will be a key point in this coming #retrogression in libra. So watch your ?? and thoughts and express them in the right way.

The reason being Libra is a movable air sign having Venus as its lord and Venus is placed in the sign of Scorpio in Jala Rashi that shows there is deep down requirement of emotional bonding and stability during the mercury movement in libra. As Mercury will be in Retrogression motion so right communication will be the key for people who are in relationships. Though Both Venus and Mercury are friends towards each other and its an auspicious placement for Mercury as it will give the person with excellent communication skills and sophisticated disposition due to the influence of Venusian energy. As Mercury acts in a neutral earthy planet when it is placed in Libra and it gives the native knowledge of various art forms. Such a person is bent towards creative and artistic pursuits. As, Mercury rules communication, and the influence of Venus here gives eloquence and refinement to speech. Such people are soft-spoken and polite, with the power to persuade others.

But during this period Mercury will be conjoined with Sun in combustion after the 8th of November which will be the biggest reason people might having ego conflicts with their loved ones in relationships. This will cause many verbal arguments with their partners and when mars will join this placement after the 10th of November 2019 situation between the couple may Detroit. So till mercury is retrograde in Libra with Sun and Mars, there is a requirement of the right communication in relationships.  As Libra is Vayu Tattva Rashi it can give lots of heated debates and Arguments over any of silly topics and subjects. so one should be careful during this transit.

During this tenure, natives tend to spend lavishly and ere quite driven towards relationships and are fond of females. The approach will be quite balanced. Native tend to be very diplomatic in their ways and know how to capitalize on opportunities. People should be gregarious, friendly, and broadminded during this stay in libra.

Later when the mercury will become direct in libra With Mars situations will improve, there will be improved communication but still people need to avoid heavy debates and arguments as mars will be with mercury but it will be good for making social connections and balanced relationship with surroundings.

I hope will able to utilize their communication in the right medium during this whole transit period. 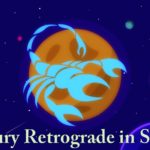 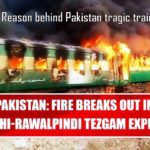 Remedy for childless couples or those having difficulty in conceiving