Vivah Prashna to know nature, timing of marriage and widowhood.

UDAY and ARUDA For Vivah Prashna

Uday lord is debilitated in tenth house with Venus. The lord of seventh house of marriage aspects the naisargik karka of Marriage “Venus”. Though Far way the lord of the Uday is Astangata or combust in Prasna.

Jupiter is Badhakesh over here.

Seventh house lord and seventh house has dual signs. Dual signs rule the world of intelligence and wisdom. Saturn is placed in seventh house indicating that the person will be mature and tall in appearance. He will be qualified for finances or accounts related work. He might have whitish complexion.

He may also deal as consultant or trader.

As Venus is exalted in tenth house in dual sign and moon and Mars are in Movable and stable signs, the character of the to be spouse will not be very chaste. He might have indulged in inappropriate behaviors before marriage.

Since Moon is placed in Gemini in Dwadashansha (D-12) and seventh house lord is placed in Leo in D-9, Marriage will not take place till Jupiter enters Sagittarius.

Ketu is placed in ninth house, Navmansha lagna is weak and Aruda lord is debilitated with Moon in main chart, Which is not good for remedies. Though Aruda lord is aspected by Jupiter, Jupiter is Badhakesh over here.

Jupiter’s placement in fourth house also indicates that the native will suffer because of dosha from Kula devta. Jupiter indicates Peetambar deities Like Sri Krishna or Vishnu Avatars. It also indicates Guru. A reptile has created Ashudhi of image and the deity needs a cleaning Pooja.

The ascendant chart is having dual sign. The same is the case in Prashna chart. The lord of the seventh house is exalted with Moon but is aspected by the sixth house lord.

It is placed in 4th Pushyami in 4th Navmansha, which is enemy sign. It is having a direct aspect from debilitated sixth house lord (D-1) in D-9 chart.

The Prashna chart has similar configurations where Saturn and Jupiter are involved with seventh house. Marriage might get delayed as such.

Mars is placed in Pisces in D-9 and Saturn is placed in debilitation in next sign. Hence, the longevity of to be spouse is question in main chart as well.

For remedies to work the native needs to perform Saptashuddhi poojas for Kula devta. On further enquiry the native told me that her Kuladevta is Sri Krishna only and there is an image of the deity in her paternal village.

She was told to perform Saptashuddhi of the idol in her village.

Thereafter a “Ghat Vivah” needs to be performed by the native.

For longevity of the spouse a “Mahamrityoonjay Homam” should be performed for the spouse after marriage.

This article was originally written in https://www.planet9.co 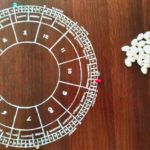 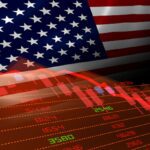