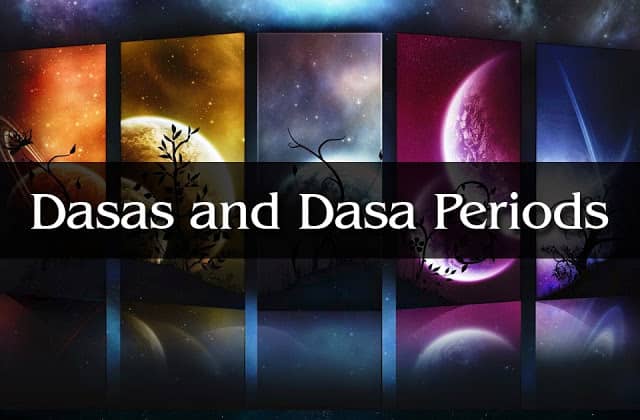 Vimsottari Dasha is most known and common dasha system calculated based on Movement of the Moon on the progression of Nakshatras at the time of birth (Tithi – Longitudinal distance of Sun and Moon).This Nakshatra is one of Most important Anga in Panch-anga system for identifying well being and over health of the mind and body of the native.

Whole Dasha system progresses based on  combination of Total 9 Nakashtras  which Forms a complete 120 year of cycle of dasha as equals to life cycle in kaliyug, as suggested by sages.It is presumed as total life span of human being in kaliyug would be of around about 100 to 120 years.

There are Total 27 Nakashtras where we have divided into 3 groups ( 9*3 = 27 Nakashtras – forms 3 different Nakashtras based progressive Vimsotri Dasha system). for e.g If one is Born in Jyestha Nakashtra – Dasha of the native will starts from Mercury ( Lord of Jyestha) and it goes further up-to rest of 8 Nakashtras, like Moola ( Ketu Dasha) ,Poorva ashada ( Lord Venus) and finally it will end at Uttrabhadra Nakaashtra (Lord Saturn). Every Preceding Nakashtra has Major role in Forming Mental Setup of Native during the progressions of Vimsotri Dasha lords in VM Dasha system .Starting point of Dasha system is Ashwani (Nakashatra lord is Ketu) and end of Dasha system is Revti Nakashtra.

VMD Dasha System is a Commonly used Dasha system but Less in its accuracy and timing Events, in its application & usage, if one is not aware of Usage of Nakashtras and Degree Concepts with accurate Birth time in VMD system, than its not easy to Use it wisely with perfection, VMD perfection need case studies of lots of people and in depth knowledge of Nakashtras, Degrees, Padas and art of Birth time rectification process. So, what i believe is knowledge of Degrees and Nakashtras is must while timing events in VMD Dasha system.

If during the birth, Moon is Stronger in strength; means birth In Brighter nights(Shukala Pakasha), we considered Moon as Stronger. During Brighter Nights Moon is ahead of Sun and more powerful to receive Sun Beneficial Rays which are directly gone impact people mindset, who will take birth in earth during this period of time.

Most of Beneficial Works are done in Shukala Pakasha tithis. Even in Bhagwada Geeta it is Mentioned as – Birth in Shukala Paksha leads to Heaven and people who gone die at same tithi and same Pakasha never come back to earth in material world.

Those who are Born in Krishana Pakasha they used to come back to material world again and again until and unless karmic balance is equals to zero. So, those people who are born in Brighter Nights (Shukala Pakasha tithi ), can use VMD Dasha system blindly in Natal and Divisional Charts without any 2 views.
For its applicability, Check the Strength of VMD Dasha lords by Making Moon as Reference Point and Extracts the result of VMD Dasha lord by its Nakashtra and its Lord in Natal Chart.
Those who are Born in Darker Nights ( Krishna Pakasha), we considered Moon as weaker being in darker side of Sun, not able to receive full rays of Sun. Those people who are born in Krishna Pakasha Tithi – Either they should use Yogini Dasha System or Ancient Dasha system based on 108 years of cycle (Ashtottari Dasha system) as explained by Lord Shiva for timing events and Dasha results in Kaliyug.
Moon & Nakashtras are the base for Vimsotri Dasha System & it should be given Higher Priority over Planets placement in Natal and Divisional charts while analyzing Results for any Dasha Period ( Either it is MD , Ad or PD or Sookashmaa Dasha). VMD Gives Events based on what Mind Will Show and Experience you a Picture.In My calculation its Accuracy is 60-70%.

As our sages made the Progression of Vimsotri dasha from Movement of Moon over different nakashtra during the course of 27.5 days, this dasha period has major role in identifying and tracing life events based on certain vimsotri dasha sub dashas divisions.It is a known fact that when a soul actually take entry in Body to give life to a new soul, baby birth usually takes place and during that duration the movement of moon on certain degrees, minute and seconds has major role in identifying past birth punya karmas.

So, one should never ignore the fact that the same moon is refereed as Maa Adi-Shakti in Vedic deities whose responsibility is to balance this material universe. Its due to Adi-Shakti Power this whole world is energized with the prana shakti from animals, to humans to plants to planets. every existence in this material world has energy in it.  The same power of Praana shakt in also running in the new born baby in the form of Moon energy when it enters in a body. 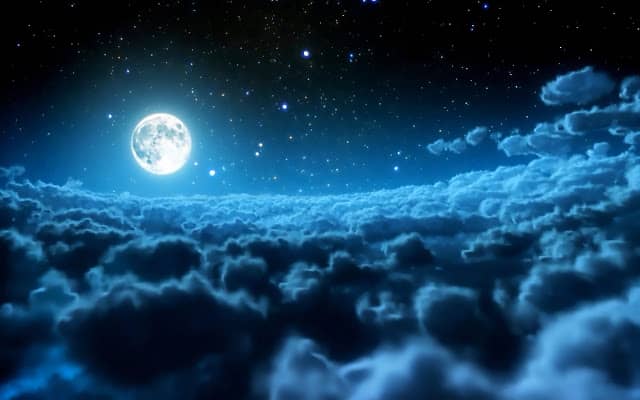 Moon actually signifies power of adi Shakti in human body. Body without mind is called boat without any guide moving aimlessly and in direction-less motion. So due to its life forcing nature one should see every event in life based on one’s Moon Lagana. Moon is Prana Shakti (Life giving), the Nourishment power, its a karka of Motherly nature, Its a  karka of Love and majorly it rules our mind, out thoughts and energy which is hidden everywhere and ruiling us.  Its more preciously a Prana Dasha which actually explained us in vedic astrology how Life force moves in every being or or how pran Shakti energies enters in our body and nourishes the Soul, Mind and body with the every moment of moon from seconds to minutes .

Moon Nakashtra and Mind is the basic Key in understanding Vimsotri Dasha life progression and how that life force air actually drives that energy in our life seen via the Nakashtra of the moon when it travels in a month in certain degrees forming over different tithits. One should always considered strength of Nakashtra lord of Moon for native health, Mind and Physical conditions. In timing Smallest to smallest events one should see from Moon lagana. Moon gives you environment where one has to act and react based on situation given or created by the physical conditions. How we react and act, simply decides how we actually takes decision in life.This More shows our aagami Karma for future life variations. So, we should always see events of life via Moon and its Nakashtras progressions in different signs. For tracing smallest to smallest events.
For better understanding i have highlighted major points in step by step, please Use this below mentioned System for verify Major to minor events in life via  use of vimsotri Dasha.

1) Use Sun lagana for MD Lord strength, to see how soul moves in particular direction in particular MD period for finding goal of life for number of years. As Sun rules our Atma -Soul- it decides goals of our aatma. that’s why for final evaluation of Atma one need time to transform itself after major time duration’s. It takes much time to realize what is the real goal of soul you got from past.Only can be possible when a soul faces major life events or a soul realizes slowly after duration of time. Trines from Sun Shows improvements, additions of skills in atma one learn from past. MD lord placed in 6th, 8th and 12th from Sun shows major life lessons regarding that house for e.g if MD lord is placed in 12th from Sun – it shows life event is regarding realization, Moksha, Spiritual transformations  and  major spiritual lessons. If Md Lord is 6th from Sun – Soul has to learn how to  get peace after sickness, diseases, fights, hardships and transformations. MD lord 8th from Sun shows Past life events that one has to face or debit in that dasha period. MD lord placed in Trines and Kendra from Sun shows soul has to evolve both materially and spiritually.

2) Use Moon Lagana for AD lord Strength to see how Mind acts and Reacts in given Environments for facing those challenges and Psychological  events given by Rashi. As moon shows Mind and thoughts and negative and positive environment has major impact on one’s mind and body.Mind can feel comfortable if environment is soothing and peaceful. If environment is hard , mind has to suffer or find on account of the environmental challenges.  Dasha lord in 6th, 8th and 12th from Moon lagana always be a conflicting state for our mind.

3) Use Natal Lagana for PD lord Strength to see how those events effects our physical body health and its conditioning.How it actually effects deha(Body). The Short duration in Vimsotri is Pratyantar dasha period which actually signifies the life events in physical form. If Any of PD lord is placed in 6th, 8th and 12th from Lagana than health and body can suffer during the AD period.

4) Use Progression of Current Moon transits in those Nakashtras when moon moves in transit chart for Sookshama AD in PD.Sookshma means minute events those are signifies by the movement of moon over different Nakashtras and its padas. If the Sookshma dasha lord is somehow interrelated with Moon transits nakashtra, signs, degrees or padas we might see sudden events those can effects our mind during that PD period.

5) Use Moon Lagana with Transit of Praana Antardashas Lord planets under Sookshama Dasha. Praana means very vital life events which can effects our Deha and Mind. If Praana Dasha lord is badly placed or afflicted from Moon Lagana, than we might can face issues related to life events.

6) Use transit of Deha AD lord in Praana AD with reference of Moon Nakashtras for seeing any Impact on body for those 2.5 days of Moon transits on particular Nakashtras.

Majorly Key of Praana and Deha Dasha is Moon only. Never ignores the power of Moon Lagana in transit charts for Seeing Hourly and days based events under those Sookashma dasha periods.