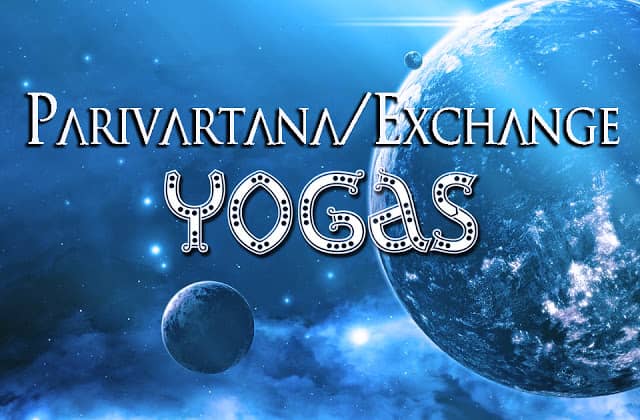 Parivartana yoga or exchange of planets is one of the strong combination just like a conjunction. Because with regard to this planets exchange their energy. Exchange of energy happens when planets interchange their Rashi/signs.

If we talk about Bhrigu Nadi astrology, Rishi Bhrigu was very senior sage and father of Shukra(venus) He took planets like they are human beings. So, in this branch of astrology, we have to give paramount importance to planets.

Sun and moon: Sun is father whereas the moon represents travel so father will go to distance places frequently, it shows the native will be very emotional because when the moon is with the sun, it is considered Amavasya and in parivartana they are exchanging their energies so some sort of energy like Amavasya moon can be seen. They are righteous & much think about their self-respect.

Sun and Mars: In male chart native will be very egoistic but this combo helps them to stick to their dignity & loyalty with respect to a spouse or married life but some sort of friction can be seen due to their ego. Younger brother can be working in a government department. In case of a female chart, the husband will be from respectable & good family background.

Sun and Mercury: This parivartana shows native’s father is into commercial work and blessed with buddhi/manipulative work. Their partners have their dignity and very proudy. One of his male children will have a good intellect.

Sun and Jupiter: Native belongs to the highly reputed family, will be very prosperous and will attain high reputation with righteous nature. Father will have guiding nature.

Sun and Venus: Wife will enjoy proud of her father and always try to compare her husband with her father with respect to money & reputation in society. Strong yoga for a female child.

Sun and Saturn: Suffering & misery can be seen in father’s life at an initial stage. Native can be into the medical field. Father will be of authoritative nature and very dedicated to their work with righteousness. Native father will be afflicted with some sort of vanity.

Moon and Mars: The native & their mother will have short tempered, they are very active but can be easily influenced by others. Problems in domestic life, they are always confused whether to take favor of mother or wife. They are very crazy about sexual things and if Ketu joins this leads to criminal offense because Ketu is directionless, Mars is energy whereas the moon is bhoga/lust.

Moon and Mercury: They have very good intuition power. They can be worshippers of Narayana/Vishnu. They often stuck with materialistic things or bhog.

Moon and Venus: The native can have artistic nature but in case of a female can be fickle minded or cunningness can be seen. Native will have some problems or some sort of quarrels with elder sister. If Ketu joins Venus that doesn’t mean wife will spiritual that simply means that wife can be of questionable character unless & until Jupiter connects(Jupiter is the preceptor, guru, guide, who show you the right path)

Moon and Saturn: Lack of stability in career, and native change their place with regard to career perspective and elder brother does the same.

Mars and Mercury: Some quarrels with lover/partner and obstruction for education. Younger brother will go to distant places for education.

Mars and Jupiter: Native can suffer from high BP and cardiac problems. Younger brother will have a good reputation in the society. Guiding nature of husband can be seen in case of a female chart.

Mars and Venus: Wife will be aggressive, dominating nature and can be from blood relation. In case of female, the husband will be wealthy.

Mars and Saturn: Mars Saturn energy shows some hurdles in profession or native is into technical things. They have strong kundalini Shakti if Jupiter is connected.

Mercury and Jupiter: Native will be very intelligent and always get help from opposite sex.

Mercury and Venus: Good communication and speaking skills can be seen, this parivartan is very good for them who earns money from their vaani(speech) i.e advocate

Jupiter and Venus: Native will be wealthy and his wife will have guiding nature.

Jupiter and Saturn: The person will be blessed with the respected profession. If Ketu is connected that creates huge respect among friend circle.

Venus and Saturn: Wife will have practical thinking and a working lady. Elder brother will be wealthy. 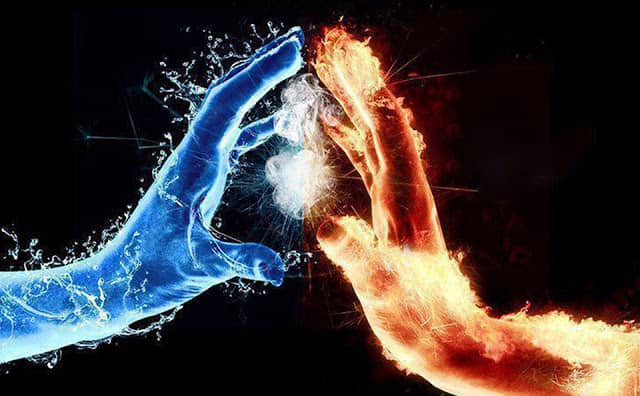 1. Like Sun and Rahu is in Aries sign which is the exaltation sign of sun but the sun is the deadly enemy, so can we consider the sun as exalted? the answer is no, on the other hand, if Mars is placed in Leo sign in the same birth chart then we can say that Sun exaltation is saved due to parivartana yoga between Sun & Mars because Mars comes under fiery element/tattva, the bossom friend of sun and enemy of rahu. Friendly planes always save the tatva or signification of planet in parivartana.

2. In female chart there’s Saturn in Scorpio and Mars is in Capricorn whose lord is Saturn. So, parivartana yoga between Mars Saturn and on the other hand Rahu is in Pisces (Rahu aspecting Saturn). First mars the husband Karaka is in an exchange with Saturn who is an enemy of Mars after interchange mars will meet Rahu. Rahu is a strong enemy of Mars which shows misery and sufferings to the husband.


3. If one of the interchange planet placed with some other planet, the planet will exchange energy along with the energy of that planet that was posited with interchange planet. Like Saturn is in cancer sign and Jupiter is with him, on the other hand, moon is in Capricorn, then native have to change their place to progress in career/profession.

When parivartana yoga gets activated:

Jupiter, Saturn, Rahu these are slow moving planets whereas Saturn represents the profession and Saturn and Rahu are the paap graha, on the other hand, Jupiter represents the pran Vayu or significator of Jeev(human being). When we have to check for career perspective then Saturn transit must be taken over interchange planets. If we are focusing on health, life, progress, etc Then Jupiter must be taken for that even Jupiter transit is more preferable over Parivartana yoga planets because he is the Jeev Karaka and governs wisdom. 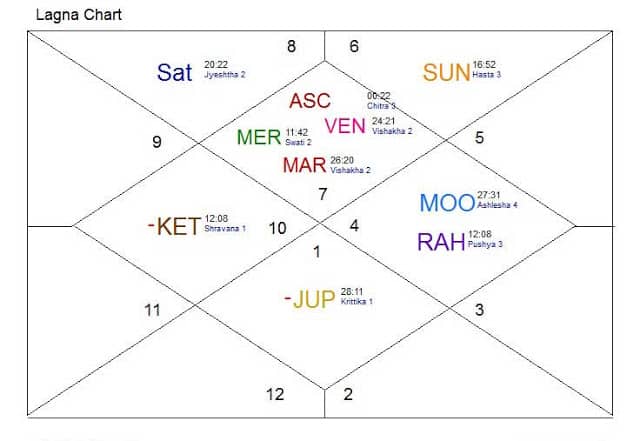 If we see in mahatma Gandhi chart there’s nothing like alpa ayu yoga(early death), but when he died rahu was making connection with natal Jupiter, on the other hand Saturn Ketu is in interchange and Saturn is in scorpio and Jupiter was transiting in scorpio which triggered the parivartana yoga and Mahatma Gandhi died because on one side Jupiter influed with the negative energy of rahu , rahu is the mouth of kaal and Jupiter itself represents the jeev and Saturn is karma karka or significator of deeds whereas ketu with Saturn shows some detachment from karma.