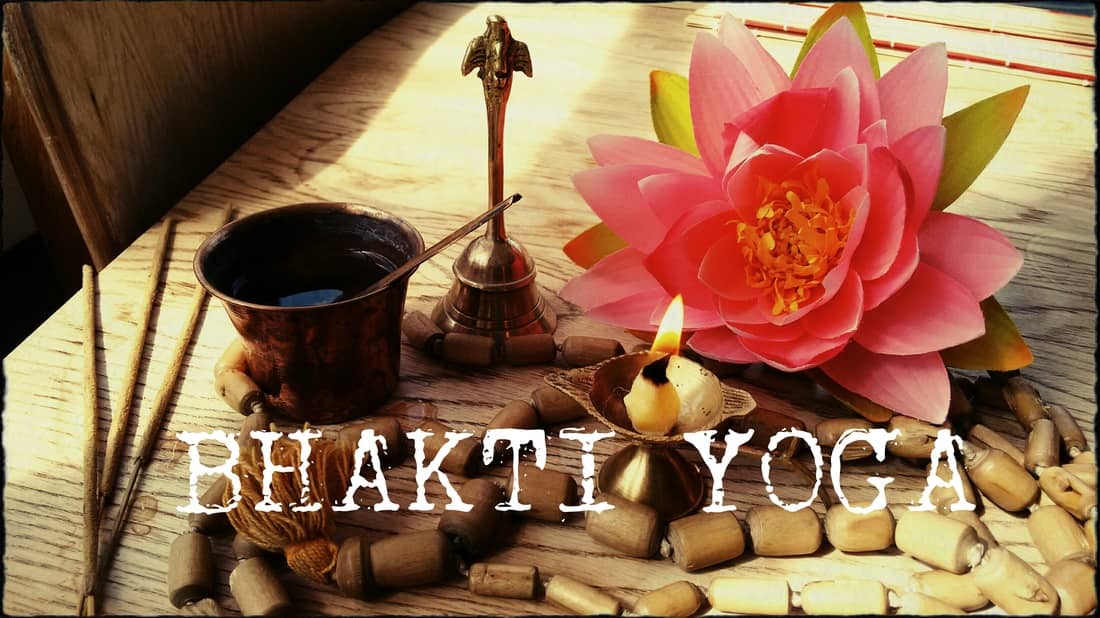 BHAKTI YOGA AS PER NADI ASTROLOGY

With the Blessings of my Kula Guru Acharya Madhva, my Kula Devatha, My Ishta Devatha and Nadi Guru Shri R.G.Rao,I am going to write about BHAKTI YOGA as per NADI ASTROLOGY principles. To explain this I have taken the chart of Shri Prabhupada.

What is Bhakti Yoga?

There is a small chapter stresses the super-excellence of the path of loving devotion over all other types of spiritual practices.  It begins with Arjun asking Shree Krishna whom He considers more perfect in Yog—those who are devoted to the personal form of God or those who worship the formless Brahman.  Shree Krishna responds by declaring that both paths lead to God-realization.  However, He regards the devotees of His personal form as the best yogis.  He explains that meditation on the impersonal unmanifest aspect of God is full of tribulations and is exceedingly difficult for embodied beings.  But devotees of the personal form, with their consciousness, merged in Him and all their actions dedicated to Him, are swiftly delivered from the cycle of life and death.  Shree Krishna thus asks Arjun to surrender his intellect to Him, and fix his mind in exclusive loving devotion on Him alone.

Below mentioned verse explained in chapter 12 clearly explains about it 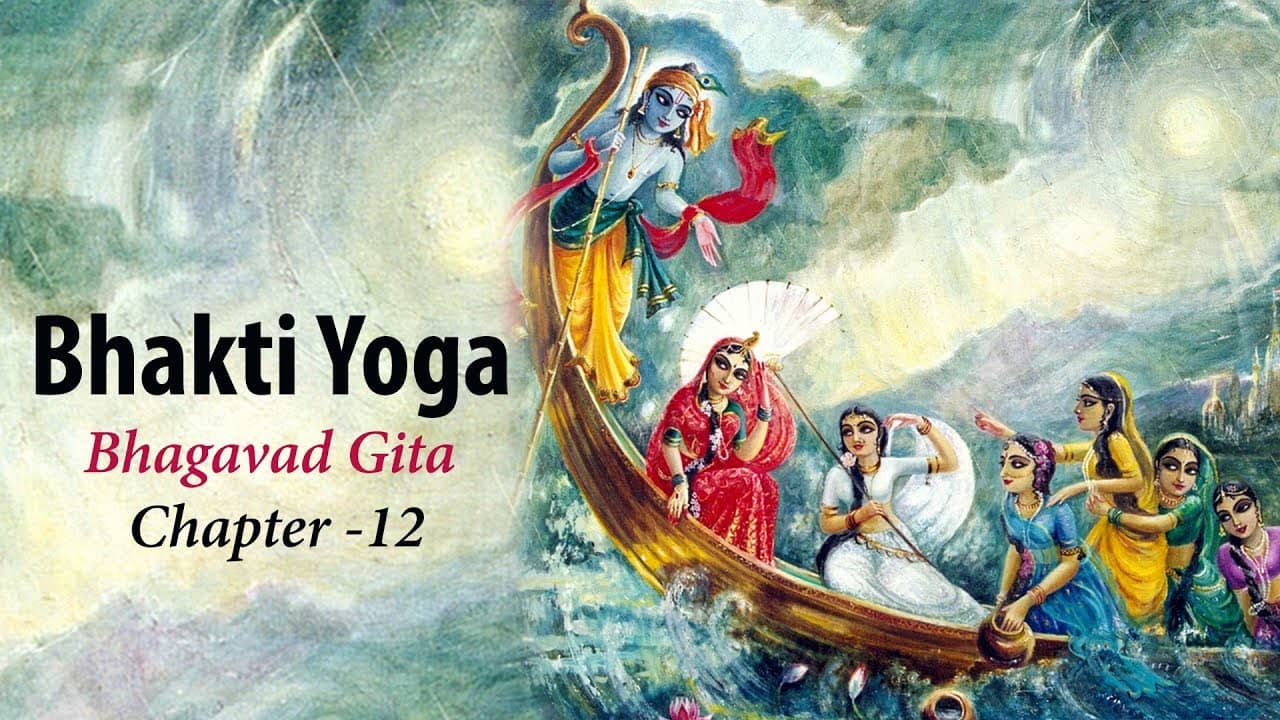 BG 12.3-4: But those who worship the formless aspect of the Absolute Truth—the imperishable, the indefinable, the unmanifest, the all-pervading, the unthinkable, the unchanging, the eternal, and the immoveable—by restraining their senses and being even-minded everywhere, such persons, engaged in the welfare of all beings, also attain Me.

Having said that worship of the personal form is the best, Shree Krishna clarifies that in no way does He reject the worship of the formless.  Those who devote themselves to the all-pervading, indefinable, unmanifest, inconceivable, immovable, eternal Brahman, also attain God.

Living beings are of an infinite variety of natures.  The Supreme Lord who has created this variety also possesses an infinite variety of aspects to His personality.  For the sake of our finite comprehension, we classify the infinite manifestations of God into categories.  Accordingly, Ved Vyas has classified God’s various manifestations into three types, Brahman, Paramātmā, andBhagavān, as mentioned in the commentary of the previous verse.  One may worship either of these categories, but one should never claim that one’s conception of God is the only correct one while those of the others are erroneous.

In verse 4.11, Shree Krishna had stated: “In whatever way people surrender unto Me, I reciprocate with them accordingly.  Everyone follows My path in all respects, O son of Pritha.”  Here, Shree Krishna confirms that the worshippers of the formless also reach Him.  Since their choice is to unite with the attributeless manifestation of the Supreme Absolute Truth, God meets them as the unmanifest, all-pervading Brahman. 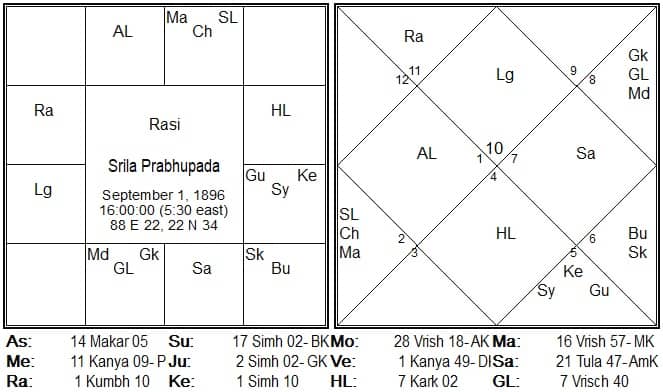 Let me take the chart of Acharya Srila Prabhupada. He was born on September 1, 1896. In most of Nadi literature, time of birth ie., Lagna is not given. Importance is given to Jivakaraka Guru/Jupiter’s placement. There is no Dasa system, instead, we follow the progression of natal Guru/Jupiter every year to the next sign or Rashi. Here no lordships are not taken into consideration but only planetary Karakattwas are important. Planets which are in 2nd,12th,11th,5th,7th and 9th are most important. There are a lot of Karakattwas allotted to each planet. Anyhow for the reader’s information, the time of birth was 4 PM at Kolkata. 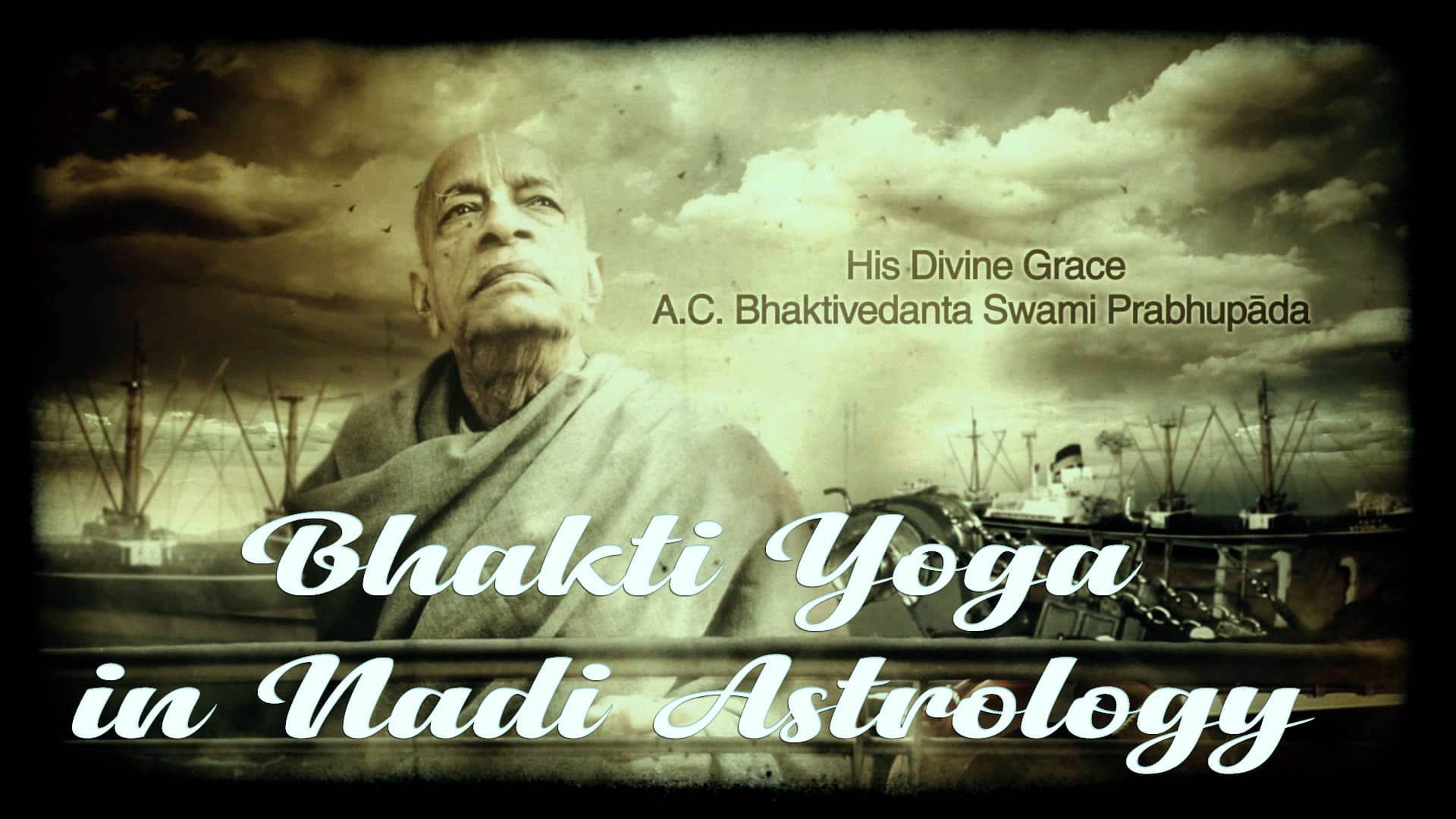 Now in Acharya’s chart, Jivakaraka Guru was placed in Simha Rashi/Leo sign along with its Lord Surya/Sun and Ketu, the planet of renunciation/Tyagakaraka or Mokshakaraka. So this chart has Jeevatma Moksha Yoga ie., Jiva + Atma + Moksha Yoga a powerful Yoga which is in Simha Rashi which is Dharma Tattwa Rashi. Also please note that both Guru/Jupiter and Ketu are in the Nakshatra of Makha ruled by Kethu itself showing HE was born to renounce the world. Here Ketu will enter the next house of Karka Rashi which is the exaltation sign of Guru which is also a Moksha Tattwa Rashi indicating it was HIS last birth.2nd to these planets are Budha exalted  ( being born in Budha Hora )with Shukra ( Neecha Bhanga ). This clearly indicates he had Vak Siddhi Yoga.He became a big preacher and also a praiser of Lord Krishna. Now see this combination is in Karma Tattwa and in the same direction, we find exalted Chandra/Moon with Kuja/Mars. Please note that HE was born on Tuesday and the Janma Nakshatra was Mrigashira which was again ruled by Kuja/Mars. So Kuja is powerful in His chart.

Jivakaraka Guru is with Surya who is in his own house. Surya is the Karaka for father.So Acharya’s father was also a highly religious person along with His mother as Chandra, the Karaka for Mother is exalted who was a worshipper of Lord Krishna. Karma Karaka Shani is exalted in 3rd house from Jiva Karaka Guru + Surya + Ketu.12th from Shani is occupied by exalted Budha with Shukra. So His Karma is related to religious preaching, singing bhajans & spiritual activities related to Lord Krishna. Shani’s placement in Tula Rashi which is a Kaama Rashi but the planet is Karma Tattwa based, so Acharya’s main aim/desire in HIS life was Karma related to religious preaching, writings in praise of Lord Krishna. As Guru + Surya + Ketu are in Simha Rashi, HE was a Vedic scholar, also the planets 2nd to these planets ie., Budha + Shukra + Chandra + Kuja have given HIM what is called as 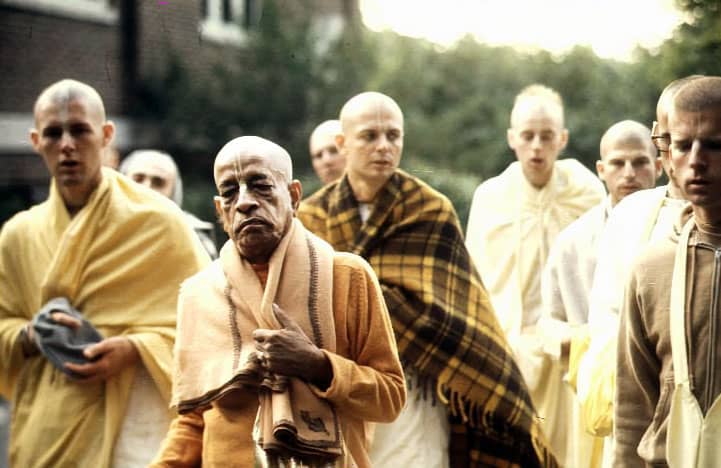 Buddha in 2nd to Jiva Karaka Guru who is exalted in Kanya Rashi gave Him good education related to finance/economics etc. Also, Rahu who is in 7th to Guru indicates Foreign, so Acharya learnt the English language also and became proficient in that language.

Jivakaraka Guru transits every Rashi for one year, so it completes 12 years when it comes to the previous house of Jivakaraka Guru/Jupiter in the chart. So when Jivakaraka Guru in his 2nd round when transiting over 9th from Shukra/Venus where Chandra and Kuja are there ie., during his 22nd year, HIS marriage took place.In Nadi literature, Surya has Karakattwa for father as well as for son also. This is mainly due to father is responsible for the issues in his family.So in Acharya’s chart, Surya is in his own place of Simha Rashi/Leo sign which is the most powerful sign along with Guru, so He had 2 male children. But now you see the longitude of Surya. He is in Simha 17 Degs.2’.He is moving to next sign within a few days where he meets Shukra/Venus. So even though He had 2 male children nobody helped Him and they were away from Him.

For renunciation, Ketu is the most important. Now see in 1922, the transits were Guru, Shani and Rahu were in Kanya and Ketu in Meena Rashi activating the natal Ketu which aspects Kataka Rashi through its previous house aspect. Shani, the Karma Karaka has decided what to do with this gentleman. He met with His spiritual Guru during this time. ( All the dates are between August and October as September 1, 1896, is His date of birth.)But He took spiritual initiation in 1933. Please check the transit of planets as on September 1, 1933.

For any spiritual initiation, Ketu’s transit is very important. Please see that during the 2nd round of Rahu-Ketu’s transit, Ketu was transiting over natal Jivakaraka Guru, Surya and especially Ketu. Karma Karaka Shani was retrograde and was in Makara Rashi. So he has to be considered from Dhanu also. Now see the planetary patterns are changed. It is like this: Shani ( R ) + Ketu acting on natal Jivakaraka Guru + Surya, the Atma Karaka and Natal Moksha Karaka Ketu. Even though He has not taken Sanyas, his spiritual activities have started from this period onwards. 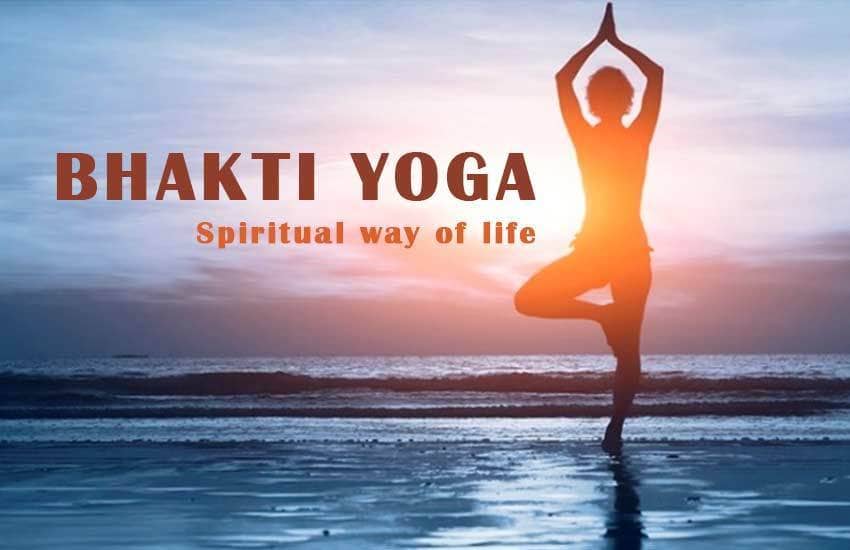 So all the spiritual activities, lectures related to Lord Krishna, Bhagavatham etc.started from this period along with publications. But during 1959 ( between August and September ), He took complete Sanyas. See the planetary patterns. Transit Guru was in Vrischika Rashi, Shani ( R ) was in Dhanu and Ketu was in Meena Rashi. So these planetary positions made Him take complete Sanyas.

In 1965, September, when transit Guru was in Mithuna Rashi, Shani ( R ) was in Kumbha Rashi, Rahu was in Vrishbha Rashi and Ketu was in Vrischika Rashi ( But his progressed Guru/Jivakaraka Guru was in Vrishabha Rashi -70th year ), He travelled to the USA as per His Guru’s directives and in 1966, ISKCON – International Krishna Consciousness was started by Him.

On November 14, 1977, His Atma attained Moksha. On that day, Rahu-Kala/Mrityu was transiting over Kanya Rashi respecting its previous house where natal Guru, Surya and Ketu are there. Transit Ketu was in Meena Rashi aspecting its previous house of Kumbha Rashi which is in trine to Tula Rashi where Natal Shani is there. Thus there was the end of Karma and end of Jiva and Atma attained Moksha. Please go through His Punya chart below.

This is my 1st Nadi article written on this auspicious day of Shri Krishna Janmashtami and is completely dedicated to HIM. Without HIM,I am nothing in this Universe. 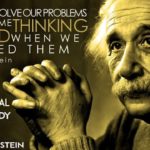 An Astrological case study: Blessing to Science, Man of Cosmos The Albert Einstein Life biography
Decoding Vedic Astrology Dasha system and how does it impacts our Karma and life-cycle 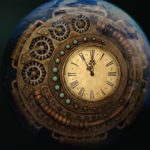 Raaj Yoga, Vipreet Raaj Yoga & Neech Bhanga Raajyoga. : What they are, what they mean and how they work. 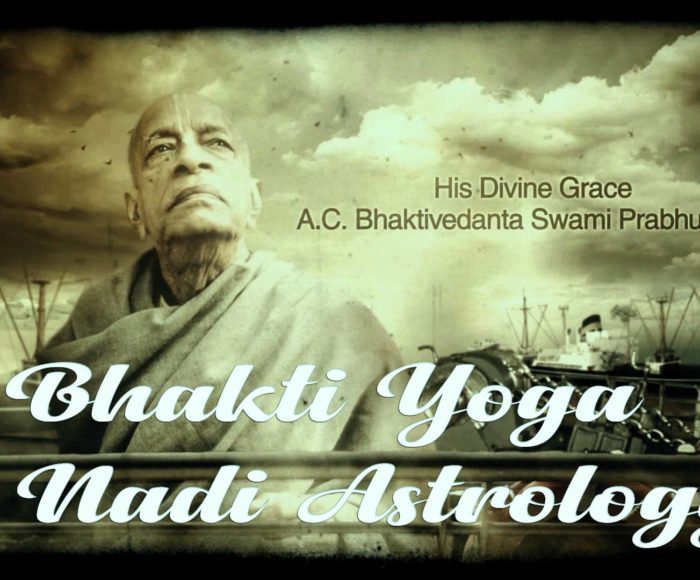