How to check Marriage Prospects: Tips and Techniques for beginners

(Based on Dr. B.V Raman Sutras)

Check the Venus Ashtakavarga Chart , it should be free from the Bindus or Marks of Eunuchs, Points around 5 is Blessing and Highly favorable for Marriage prosperity, Below than 5 or average (4), and 3 and 2 points are considered as Bad for marriage Prosperity.

During Transit of Nodes, Mars, Saturn in 7th house from Ashtakavarha of Venus- Issue in Marriage will pick a spark. Same way check the 7th house from Moon for any issue or prosperity in marriage.

Any Favorable transit of Planet Like Jupiter, 7th lord or Lagana transiting in 7th house from Venus and Moon can give clue to get married in their Dasha period.

If the 7th house from Lagana is either in Mars house or Mars Amsa (Navamsa) and if the planet owning the Amsa of the 7th house be either weak or eclipsed by Nodes, the Spouse(wife or Husband) will be notorious or vicious in youth.But if the same be placed in the Rasi or Amsa of a beneficial planet, Wife or Husband will be very kind and Strong characterized. Beneficial aspect on same also acts as Strong moral values and character.

For Timing of Marriage, Check the 7th lord from Rasi Chart is having any link with the transiting Jupiter and with the Lagna lord transit.

If lord of the 7th house is associated with Venus, its MD or AD may lead to Marriage.

MD and AD period of the Lord the 2nd bhava Lord Rasi also a major influencing factor for the marriage.

The Wife or Husband likely to be abandoned by her Husband or Wife if the 7th house from Lagana in case of male or first house in the case of a woman is either in Mars house or Mars amsa.

If in the Male Horoscope the 7th house from Venus has a planet aspect-ed by a Powerful Mars, we can say he will marry a Virgin Widow, in addition, he should also have his 7th house strong and free from affliction.

If in the Male Horoscope, the 5th house from Venus aspect-ed by Mars is strong and free from Affliction, we can say that the widow has given birth to children that are living.

If Venus Happens to be the lord Rasi where in Gulika is posted and occupies strong position as 10 or 4th from it, he will have desire for unnatural desire for Sexual enjoyment i.e – Homosexuality, Lesbian, gay sex etc

Venus and the 7th house Indicates first marriage, and if we are well known that First one is separated – take the Planets in 7th or planets associated with Venus. The Strongest will determine the 2nd wife.

In a female chart Take Saturn in the place of Venus as per prashana Marga. For Remarriage, usually, Happen when there are many planets in the 7th and 11th house – Mercury is Karka for Having a desire for two partners.

The lords of 7 either from Lagana or Moon and Venus are Favorably and strongly posted, there will be chances of three marriages. If the lord of 7 or Venus is in exaltation and two or More planets occupy 7th house, there will be three or more marriages. 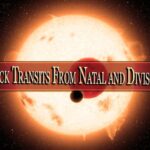